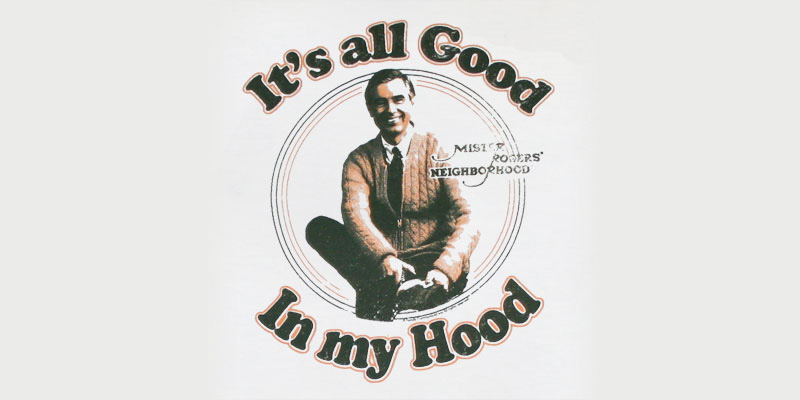 Being a neighbor is somewhat inevitable; unless you are the Unabomber holed up in a remote cabin in the middle of nowhere. I think we can all agree that there are some neighbors we like to have close enough to wave to, but not so close that you need to actually talk to them, and some neighbors you would donate a kidney to, even if it’s for their 3rd cousin twice removed.

Be it the post-WWII tiny boxes neighborhoods or the post Y2K cubicle office spaces or the annoying people who insist you maintain them as a Facebook “friend”, you are going to have neighbors.

We have one neighbor who keeps a constant vigil from her window-side armchair and absorbs every move your child makes, duly reporting to you at a later date. “Oh, those kids just scared me to death as they would launch out of neighbor Joe’s driveway, sail up and over the tiny hill in your front yard then race off down the street.” Bear in mind, if our street sees one car a day traverse it’s shimmering blacktop, it is a traffic jam sort of day. Yet, I have been labeled a “disturber of the peace” and a “bad mom”. Oh, the shame!! I became utterly scandalous when I allowed the Quills to walk half a block to the little park on our street while watching them from our front porch. We had rules: you go down together, you return together. I yell and you don’t respond, you will not see the light of day until next Tuesday. Any adult stranger approaches the park, you circle the wagons and get home asap. Any bullies appear, you defend each other or retreat together. I have no idea how they all made it to adulthood.

We have lived in our tiny “creosote factory worker” home for 19 years now. Original asking price 3K for a single story, 3.5K if you wanted an unfinished second half story. No garage, clearly no craftsmanship if you look at the foundation forming cinderblocks, and essentially no insulation; that was easily remedied by replacing the asbestos and lead layered siding.

The keen dents of an assault police squad lay heavily on the split door frames when we toured our domicile. Later, stories would become legends and legends would become lore of all that transpired in our home prior to our occupancy. At one point, we were the saviors of our neighborhood, until our children started biking. We were the scourge and blessing, the scourge and blessing as seasons oscillated. Keep in mind the worst we had to offer was being a home and dinner for the several latch key kids and the occasional water fight that would break out while I was working. Hoses blazing, front and back doors left open to provide an easy escape to “time out” and a streak of water absorbing into the wood floors we had hard labored to make beautiful.

Finely finished wood floors sort of lose their luster when the neighbor boy insists he has already had dinner; he ate beef jerky with his single dad on the way home from daycare. Countless shattered picture frames later, I accepted that no interior decorating can substitute for being a safe house in a storm.

Mr. PQ worked his backside off, and we forewent pretty much everything, so we could offer a home to the 9-5 homeless (which is actually more like 7am-8pm because single dads need Happy Hour).

Mr. PQ strives to make beautiful things that will delight our customers now, but I’m pretty satisfied with “our” boy who became a marine and “our” girl who became a social worker and etc.

I believe one of the reasons we make leather bags and iPhone cases is that we feel things are secondary, so they better last, and neighbors are neighbors….