Will the iPhone 6s’ “Live Photo” Change How I Take Pictures? 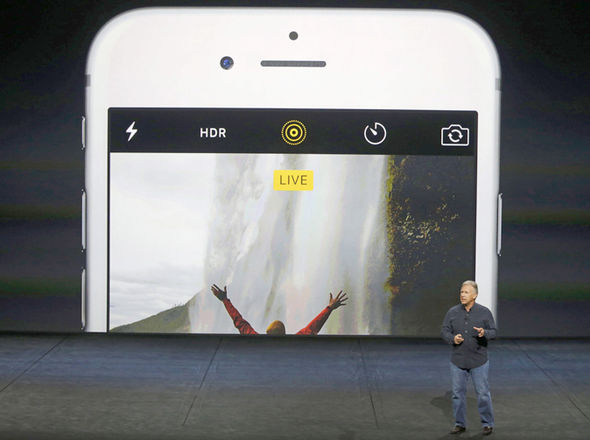 Yes and No, but mostly Yes. Live photo is the underrated character actor of the iphone 6s feature line up. It’s a well thought out feature, that takes some adjusting to, but really is a lot of fun, and has the potential to enhance your most treasured memories. How so?

Live Photo uses either the front or rear facing cameras to capture your pictures with an added 1.5 seconds of video leading up to the shot and after the shot too. This lends itself to a natural and authentic moment. You don’t really have to change much at all about the process of taking a picture. Just be aware that by the time you click the button 1.5 seconds has already been recorded and another 1.5 seconds will continue to be recorded. Also worth mentioning, there is no audio on or off option yet. So keep that in mind as you are yelling at the kids to look happy.

Many people are wondering 'how do I share my iPhone 6S live photos?' Being a newcomer to iOS, sharing remains limited. Sharing from your phone is much like any other picture sharing endeavor. Tap share and you will see the bar of recent pictures to choose from. When you see it say “live” on the pic, you know that’s the complete picture and video, AKA Live Photo. Click off, and it's a normal picture to share. Click it back on, and you can share it. At this time, it only shares with other devices that have iOS 9, WatchOS, or El Capitan. That’s also where importing them to iPhoto gets tricky. You must be up to date on El Capitan, otherwise, the video and picture will divorce into separate and confusing files.

Even more annoying is that social media sharing is limited, although sure to quickly improve. Facebook will see its integration later this year, but has much as said that they have no idea when Instagram will. Flickr says it will support it. Other third party apps, like Dropbox, Vine, and Pixlr are working on it.

Each Live Photo, despite the video aspect is only the size of 2 high quality pictures. So it is bigger, but it won't demolish your storage space like Godzilla in Tokyo. What’s likely to be the bigger annoyance is dealing with how to share them while major platforms are figuring it out over the next year.

Update: There is now an app on the app store that will transform your live photos into animated GIFs or a simple short video, which will then be saved to your camera roll. These saved animated GIFs can then be easily included in email, SMS, and on most social networks. The app is named Live GIF and is available on the app store for $1.99.

Are Live Photos For Me?

Parents are definitely the target market here, with Apple themselves, capitalizing on the warm fuzzy “Awww” of the little girl smiling while her curls bounce in their ads. And rightly so, as parents are likely to be especially enamored with catching the fleeting moments of their little ones. However, the human nature of the candid shot is something we can all have some fun with.

Live Photo does requires a bit of a mental rewrite of what taking a picture means to you. We all know the drill when someone calls out for a group shot. Stand there awkwardly while everyone primps and poses. And then smile, and keep smiling for way too long for it to look natural. By the time the shutter finally clicks and files away the moment into photographic history, your smile looks like a half melted pile of M&Ms. All the fuss of gathering together, finding poses, and the inevitable jokes in between, are lost and compiled into the manicured snapped photo. With Live Photo, a little slice of that is preserved. Now, it’s not just the photo outcome that counts, it’s the whole process. So have fun. Maybe, just maybe, Live Photo will make pictures fun again.