What Your iPhone Case Says About You 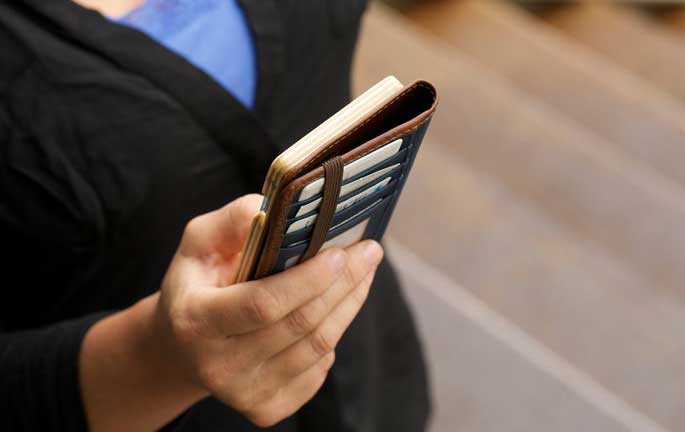 Have you ever taken one look at somebody and just known in your bones, in the very core of your being, with a certainty that surpasses all else, that they have a cracked iPhone screen? Perhaps it's the way they frivolously flounce about limbs all akimbo, or maybe it's because they just dropped their lip gloss for the 4th time in a row, or maybe it is the giant fuzzy pink case they have on their phone that matches their velour track suit. Regardless, you just know it instantly.

In this day and age when we all have roughly the same smart phones with the same bajillion pixels on the screen and the same fancy camera with the same addicting apps, it is the case that makes all the difference. Our iPhone case is how we chooses to differentiate ourselves from the rest of the world.  So I submit to you the following hypothesis: everything I need to learn about you, I can learn from your iPhone case. Allow me to expand on this... 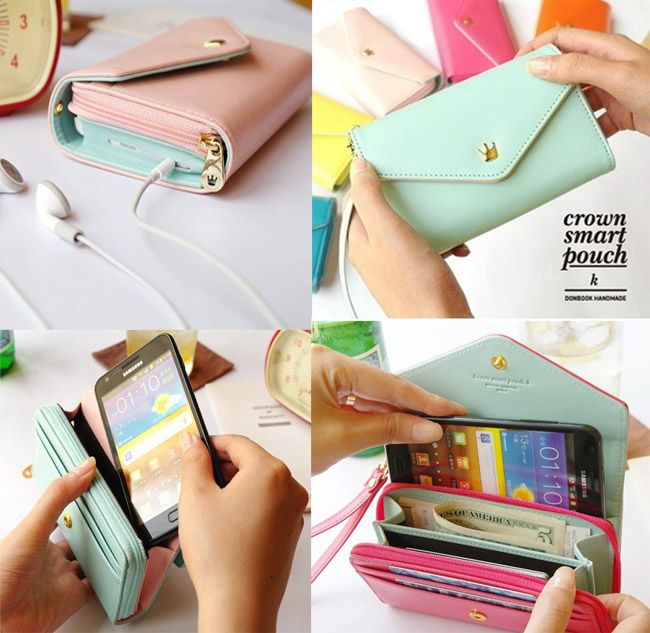 You know what I'm talking about. This is the phone case that might be a wallet, or maybe a purse, but it is so big and has a handle that it’s really hard to tell. We all know that one person who has the case the size of a small purse. Sure the iPhone 6+ is big, but in this case it almost becomes an iPad Pro. Like Mary Poppins bag, this case holds everything and more. If you have this case "packing light" is not in your vocabulary and probably travel with an entire entourage Queen of Sheba style just to carry your luggage. Wondering why that friend keeps missing your calls? This might be the answer.

The Bedazzled, Blinged Out iPhone Case for the Star in All of Us 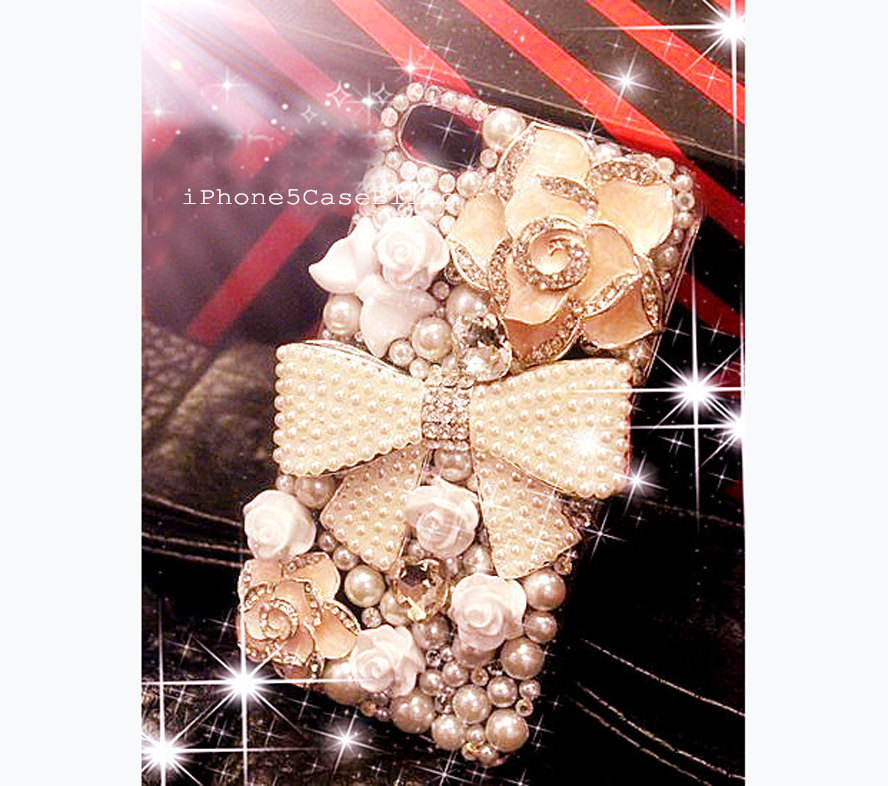 This is the phone that reflects the very light of the sun and to stun all who dare look upon its blingy-ness. Don’t worry you’ll see the phone before the person. You'll probably hear them too because the typical user of this case is loud and proud. If this phone case was a super hero it’s power would be blinding you with bling while screaming in your ear. The bling phone harkens back to the days of youth when you decided that bedazzling everything you owned was the hippest idea in the world (true story). Look especially for the phone blinged up in special designs. Bonus points if the reflection of the phone can be used to hail a ship while stranded on a desert island. 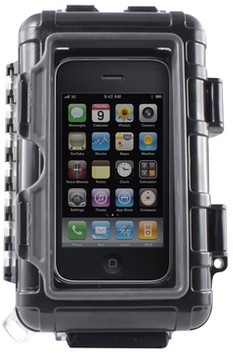 The case that is meant to be indestructible (except when your teenage sister puts in through a snow blower, drives over it and drops it down a rock face while mountain biking). But really we all have that friend who’s case is perpetually cracked or fried or in the process of getting fixed. If a person rocks this case then you had better believe they are clumsy. Or Bear Grylls. But probably just clumsy. Generally a significant other, friend or parent buys them this case in hopes that this will protect the phone. Sometimes it’s the magic cure all. Sometimes my sister happens to exist and can break any case or phone, even this one. 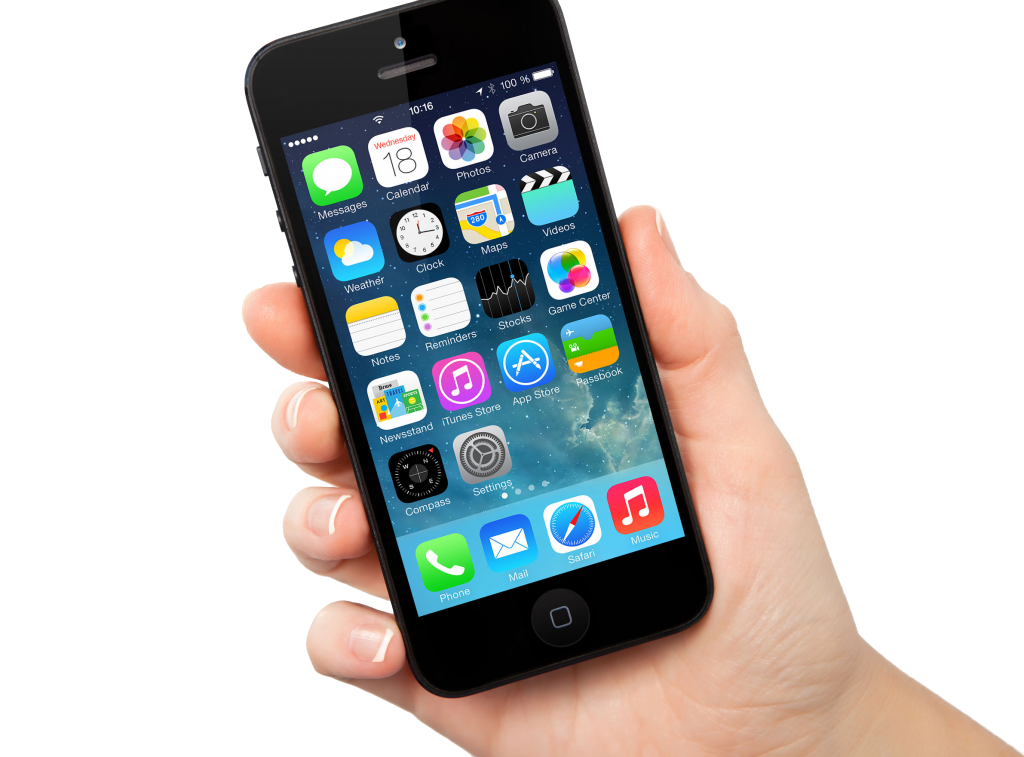 No case to be seen, just utter bravery or foolishness on behalf of the owner. This “case” owner likes to live on the edge. A person rocking their iPhone 'Au Natural' is probably a very responsible person who has his life together and has figured out the great mysteries of life. He or she likes the simple luxuries in life, and doesn't need a case to stand out because they are already different enough. They are probably very zen. Less is more, and silence is a statement. Meant to give ulcers to people like me, this imaginary case is about as protective as a rain jacket during a hurricane. Generally Murphy’s Law runs strongest in instances like this. 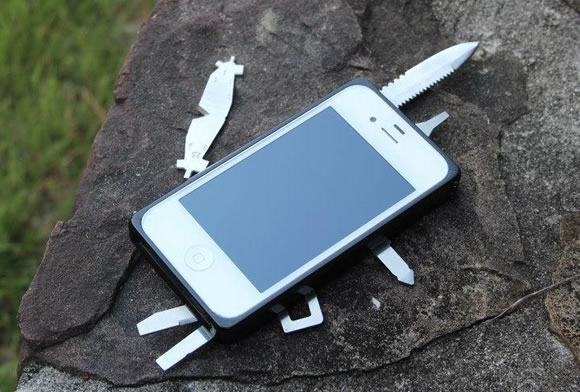 The multi functional phone case, because having a computer in your hand isn’t enough. You my friend are one busy person. Sure you have a phone capable of writing papers, paying taxes, searching the Internet, playing videogames and oh right, taking calls. But no. Whether it is a camera attachment or Swiss Army knife extravaganza this case knows no ends to the gadgets it wants to include. You probably also have a "Go bag," a "SHTF plan," and a "Bug Out Bag." You probably pride yourself on your "EDC." The Inspector Gadget of cases complete with every mechanism you could ever want and even the ones you don’t really need. Or you are Bear Grylls.

The Genre Case for the Fan in All of Us

The TV/Movie/Videogame/Sport fanatic phone case. Sure they dressed up as a Stormtrooper for the Force Awakens premiere. But what really defines the true fan from the rest of the pack is the phone case to match. Bonus points if you get a case to commemorate the greatest characters of media including but not limited to Lil’ Sebastian, Mario, Brett Favre, or that one obscure character everyone fell in love with.

The Case That Costs More Than Your Kidney

The Haute Couture iPhone case. Sure the case costs more than rent in New York City but having that special symbol of couture greatness embezzled on the back makes this the case of legends. Was it worth taking a loan out for a product I’ll use for less than a couple of years? Probably not. But the style points are enough to make me feel as cool as Prince. If you can afford one of these, you don't care about stuff like that. You are a 1%-er, you have invites to all the coolest parties, and you just chill with Gwen Stefani while buying your second island.

The Case for Ages 0-2 years

If you have this case on your iPhone then you are a baby. Or you have a baby. But probably you are a baby. This is the iPhone case for the kid who is probably way too young to have that much tech in their hands. Notice the oversized buttons and bright colors? That’s because this case is meant for a person who has yet to achieve the ability to speak clear and articulate thoughts. But as long as they can swipe left they can handle a mini computer right? Don’t say we didn’t warn you when your toddler has suddenly purchased hundreds of dollars of imaginary merchandise on Angry Birds.

For the activist in all of us, this case brings it all together. Whether it is caring about animals, the earth or a range of social issues, this case stands above the rest. Never mind the fact that it covers a phone that may or may not have been made with child labor. The owner of this case generally has graduated from college recently and is often found haunting your local coffee shop, co-op or farmer’s market drinking Kombucha green tea in growlers. Like you, this case wears its heart on its vegan leather sleeve.

The Case That Brings It All Together

But the case that’s always brought itself home for me? The Bella Fino iPhone 6s Plus Case from Pad & Quill has always been my personal favorite. It has all the excitement of a naked phone without the danger. It has space for cards and cash, and the luxury of something haute couture. It’s the case that treats those who make it with respect and fair pay and is meant for the grown-up adventurer. The leather wears itself into your hand and its guaranteed to last longer than the phone itself. Plus the handcrafted leather is perfect for personalizing whether it be with a sticker from your favorite TV show or a bedazzled set of initials. Combine it with a Woodline iPhone wooden case for real wood & kevlar edge protection and you have the best iPhone case combo on the planet! The Pad & Quill iPhone cases are as versatile as they are well built. Plus with a small business background and leather meant to stand out, it can just as easily fit in the pocket of your local hipster as it can the briefcase of the businesswoman.

So, what does your case say about you?