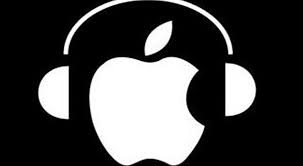 In the last blog post, I talked about some new features that came with the iOS 7 software update, but the kinds of features that wouldn't necessarily be visible right off the bat. Now that it's a week later and the dust has settled, I'll explore some of the pros and cons of the features you're more familiar with.

This feature was long awaited, especially since other phones like HTC's Droid Incredible 2, HTC HD 7 and the Samsung Focus. All three come with an FM tuner, a feature that's sorely missing with Apple. While Tim Cook may have added a neat feature, is it a matter of too little, too late? The Apple iRadio feature is pretty neat, featuring internet radio stations from, well, everywhere...but you need wifi if you don't want to spike your phone bills. Not exactly an appealing decision. Another drawback? It's only available in the States. I'll call this one a half-wide miss.

Is Apple's iOS 7's radio really that good of a new feature?[/caption]

Right off the bat, this is more of a miss than it is a hit. AirDrop was exclusively Mac-ish, letting users drop files into others' computers with one touch of a button. While iPhones have this capability, it's device-restricted, which means if you're on your MacBook Air, you can't drop a file into your friend's iPhone right beside you. Miss.

If you're the super organized type, this feature works amazing for you. Whether you're on the locked or home screen, you can access your calendar by swiping down. Even if you're the forgetful type, force-of-habit of swiping down and seeing the calendar function instead of the notifications menu might sway you to punch in an appointment or two. This is a hit.

How many times have you plugged your phone into a computer to charge it and thought nothing except, "I really hope iTunes doesn't pop up, asking me if I want to backup and sync my phone?" Even though that might be at the forefront of your mind, there's a lot of data exchange going on that you don't realize. Now, Apple's finally taken action and instituted a screen that pops up, asking if you trust the device into which your phone's plugged in . Hit.

On the whole, this is a really small thing to nitpick about, but it's like having a rock in your shoe: that pebble may be super small, but put it in the wrong place, and it dominates your thoughts. Now you can check the time stamp of every single text message by going into a conversation window and swipe-hold left. The time stamps are temporary because as soon as you lift your finger, they disappear, but it's nice to know (in case of petty arguments?) when you sent which message.

Stayed tuned for the third of three parts to Pad & Quill's review of the new iOS 7! If you've got anything that's on your mind, comment below.

And as always, protect your iPhone with Pad & Quill's iPhone cases, and get free shipping when you purchase any of out other cases or accessories. And as usual, enjoy the 30-day money back guarantee!