A Week Later: Reviewing iOS 7 for Apple - Part I 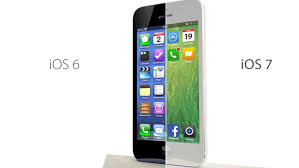 With bated breath, Apple users everywhere have finally been handed a new software update- ioS 7. But is it any good? Or is it just another case of Apple playing the "carrot and stick" game, giving its users just a couple of useful, new features at a time? Let's dive in and take a look!

The Conrol Panel is Accessible from the Locked Screen

One of the biggest knocks against the iPhone was having to unlock it, tap on settings, and access your settings that way. Want to quickly take your phone on or off airplane mode? Couldn't do it...until now! Apple's simplified things greatly by allowing users to press the home button from the locked screen, slide up from the bottom, and get access to a modified control panel from them. In a related note...

With iOS7, the control panel can now be accessed from the locked screen. [/caption]

Most iPhone users simply downloaded a flashlight, with newer models taking advantage of the LED light to create an incredibly bright illuminator. It wasn't a big deal to download a flashlight, but it was a nice gesture on Apple's part and a nice mea culpa on their part for the whole map fiasco.

I have mixed feelings about this: on one hand, closing apps was super easy when all you had to do was double press the home button and hit the wiggling "x" on the corner of the app. Now, you do the same but swipe the app itself up to the top of the screen. If you time it right and place your fingers in the right position, you can close two at a time. The only downside (and it's a small one, really) is you don't get to see the background.

While there's still no option to have an analog clock on the locked screen (unless you jailbreak your phone), the second hand on the clock app moves in real time. The font that labels each app is different, too, with the ability to change it in "settings" if you don't like it. The background moves when you tilt your phone, and if your background is a panoramic photo, it stretches from screen to screen. And if you check out the compass app, it doubles as a level. Just calibrate it by sliding your finger around in a circle, set your phone down on a flat surface, and watch it tell you (as a percent) how level the surface is.

The new software update is pretty flashy and space age-y, but it'll still take some getting used to. And inevitably, there'll be bugs and kinks to iron you, so the real judgement can be laid in iOS 7.1 and 7.2

Stay tuned for the next part in the review on iOS7! In the meantime, protect your iPhone with Pad & Quill's iPhone cases, and get free shipping when you purchase any of out other cases or accessories. And as usual, enjoy the 30-day money back guarantee!