Wallet Origins and the History of the Everyday Essential

Growing up, a wallet was the mark of adulthood. From carrying your first paycheck to your everyday essentials, wallets journey with us through the ups and downs of life. The average guy keeps his wallet for about 7 years, and during that time it becomes a familiar companion. At Pad & Quill, we've quickly fallen in love with our wallets and the history they carry with us. From the simplicity of the Slim Credit Card Wallet to the sturdiness of the Classic Journeyman, each wallet we design is meant to travel with you on your adventures. During the process of designing and innovating new wallets, we have also taken a look back through time to see the journey the wallet has taken and the history it carries with it. Read on to learn the fascinating history of the wallet!

The Ancient Origins of the Wallet 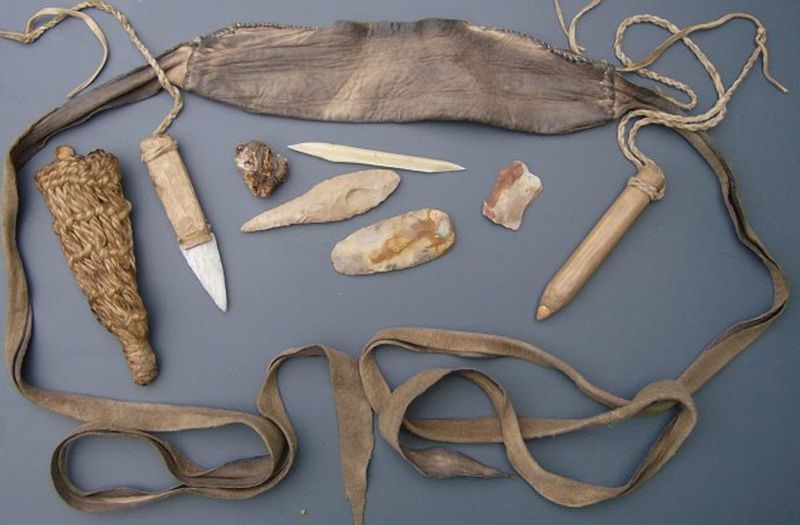 Even before the beginning of paper money, people often needed ways to carry everything from food to coins. Before the modern wallet and modern currency came into existence, coin purses and small containers to carry valuables were the most commonly carried articles of luggage. In one of the oldest examples in the world, going back to 3,300 BCE, Otzi the Iceman was discovered with a coin purse attached at the hip. This coin purse included knives, flint and a few small pieces of food. Back when foraging and hunting was essential to survival, it's no surprise to find our ancestors looked for ways to carry their essentials hands-free as well. Otzi was actually quite fashion-forward for his time.

The Wallets of Mythology and Ancient Rome 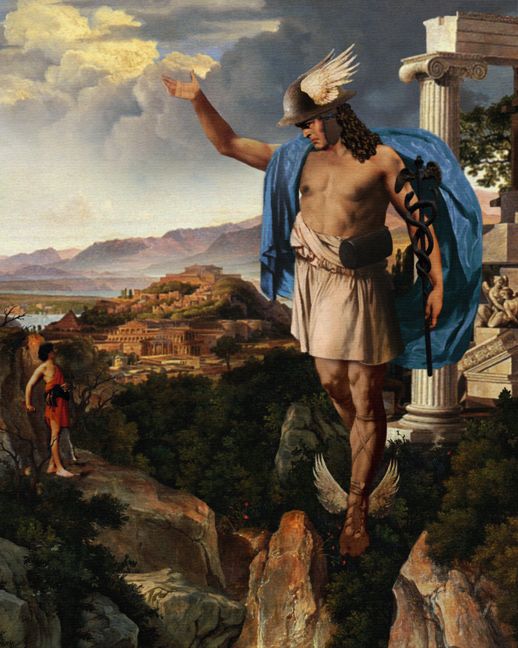 Hermes, the messenger of the gods, with his trusty coin purse.[/caption]

Going forward a few thousand years, Grecian and Roman citizens often carried coin purses attached at the hip or hidden in the folds of their robes/togas. Keeping their jewels near to their... jewels. They would carry everything from little notes to the common small coins used for currency. Ancient Greek gods, like Hermes, carried messages with coin purses and satchels. Even in Pompeii, archaeologists found evidence of various kinds of coin purses on many of the people. While many of these wallets have eroded away in the two thousand years since, remnants of these ancient wallets remain, showcasing their importance in society.

The original wallet came to life in the 1300s, described as a bag meant to carry valuables. By the 1600s, with the rise of paper currency, the flat wallet became a norm for the most fashionable people to wear. During the Renaissance time period, these wallets ranged from the very simple to the incredibly ornate, with unique stitching and crests often being show off. A few examples are shown above. At this time, wallets were still attached to the hip and carried everything from old notes to bits of food. Additionally, cut-purses and thieves were a major concern during this period because the wallets would often be exposed and their valuables easily stolen.

Paper Currency and the Wallet 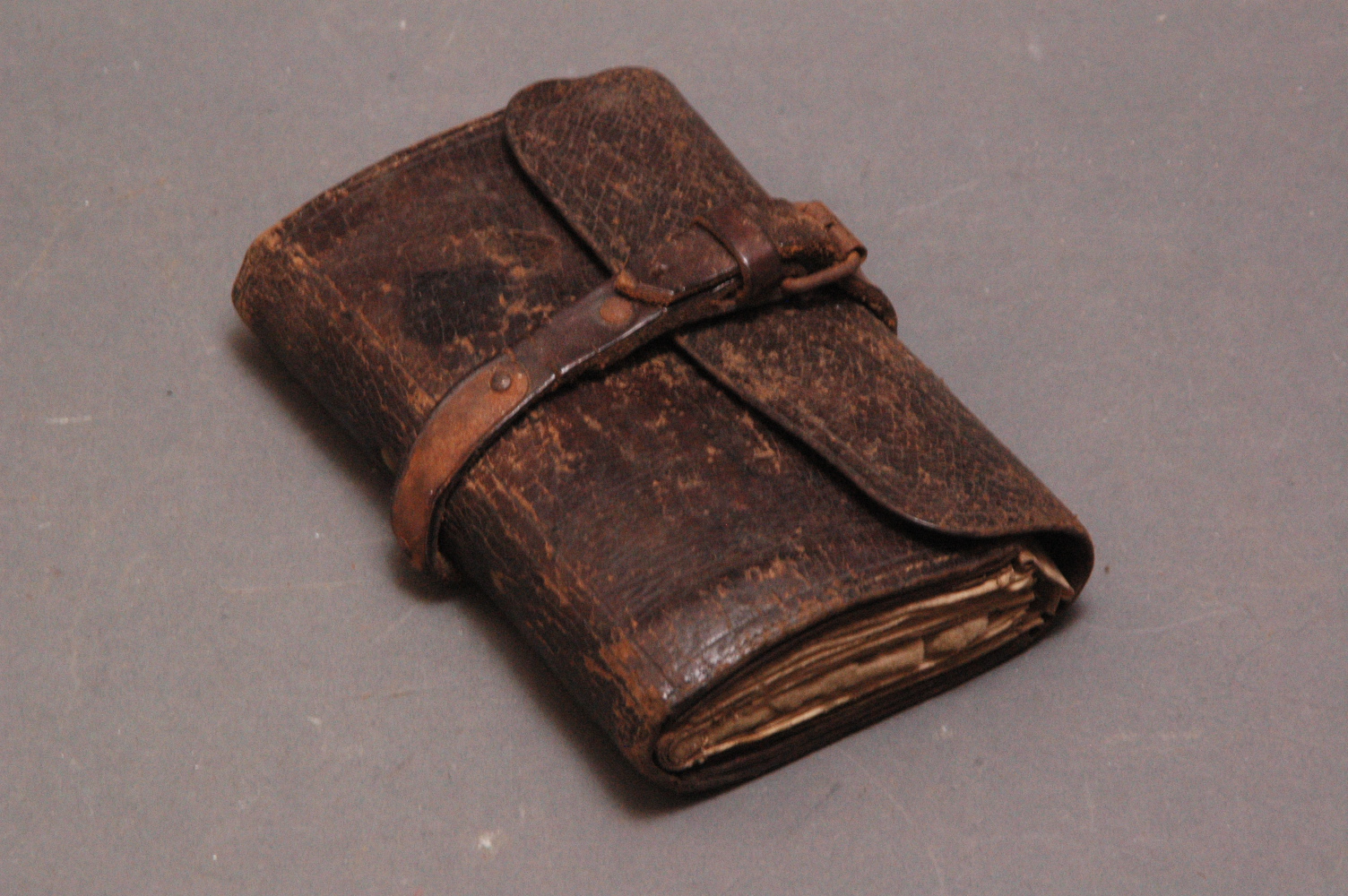 A leather wallet from the late 1800s.[/caption]

By 1834, paper currency and city living were part of the norm. The flat case wallet was born in this time period. It was often seen as inappropriate to carry one’s wallet in their pocket, so instead wallets would be attached to belts and outwardly shown off. The fatter the wallet, the more important the man. Paradoxically, the truly rich were less likely to carry wallets than the middle class Americans. Nevertheless, they still began to rise in popularity and use through the 1800s often exclusively by men.

Flashing forward 100 years, Hermes began creating leather goods for everyday life including some of the first "modern" styled wallets. In the roaring 20s and amidst economic and industrial booms, wallets became a fashion must-have. Hermes saw a chance to create unique art and took it, crafting leather lifestyle goods from saddle leather. The leather's intense durability and unique color soon attracted a following, and Hermes began to establish itself as a top notch luxury goods brand in wallets, and lifestyle accessories. 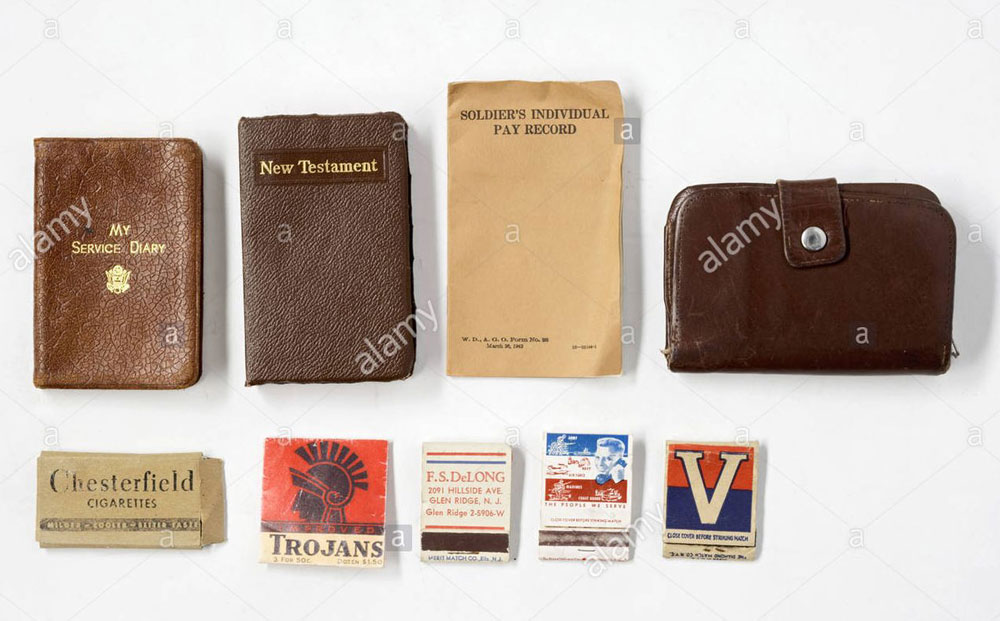 As wartime began to take effect in the world, the fashion industry began to slow. France’s Vogue was shuttered as the Axis powers took hold. Rationing and shortages limited use of textiles, fabrics, and other materials needed to create new products. However, wallets were still carried close to the heart and made out of materials meant to last through wartime. Most recently, wallets found in Austria dating back to World War 2 included pictures of loved ones, dog tags, and other small items.

The 1950's: The Modern Wallet Origins

After the war, the resurgence of fashion and financial boom led to wallets taking on an even bigger role. Credit cards, cash, and small moleskin notebooks were all bundled into an array of wallets. Parisian-style wallets became a fashion must. Plus, with exotic leathers and colors to match every outfit, wallets became a critical part of fashionable attire for both men and women. In terms of wallet origins, the modern wallet can be directly seen in the surge of fashion and design in the 1950s, from the bi-fold wallet design to the clutch wallet.

The Evolution of Fashion and the Wallet

While the 1950s saw the heyday of high-fashion wallets, the 70s-80s saw the evolution of the simpler wallet. With the punk movement came wallets to match. Dark colors, chains, nylon, and other modern textiles made wallets more accessible to everybody. In the same vein, velcro wallets became a fashion staple through the 90s. And while chained wallets originated with the idea of security, they soon became the hit fashion to wear around town. Many of us can fondly remember our first velcro wallet that carried all the coins and currency we needed for the local arcades and ice cream man.

As technology has evolved, so has the modern wallet. With technologies like Apple Pay, virtual wallets and the smartphones letting you pay on the go, the wallet has gone through a steady transformation.

Currency and methods of payment change and our wallets have journeyed with us. Many no longer need to carry dozens of credit cards and thus the minimalist camp was born. For the minimalist, a Slim Front Pocket Wallet is the only article they need to carry, their essentials tucked away neatly.

However, even with the evolution of technology, traditionalists and their love of classic leather wallets has stayed strong. A timeless bifold leather wallet is the perfect addition to any ensemble and carries with it centuries of tradition. Whatever camp you fall in, from the slim minimalist to the classic traditionalist, Pad and Quill has the perfect wallet to take with you on any journey. With a healthy array of men's leather wallets, you are sure to find the perfect match to carry with you and make some history of your own.