PQ Style: The Incredible History of the Herringbone Fabric 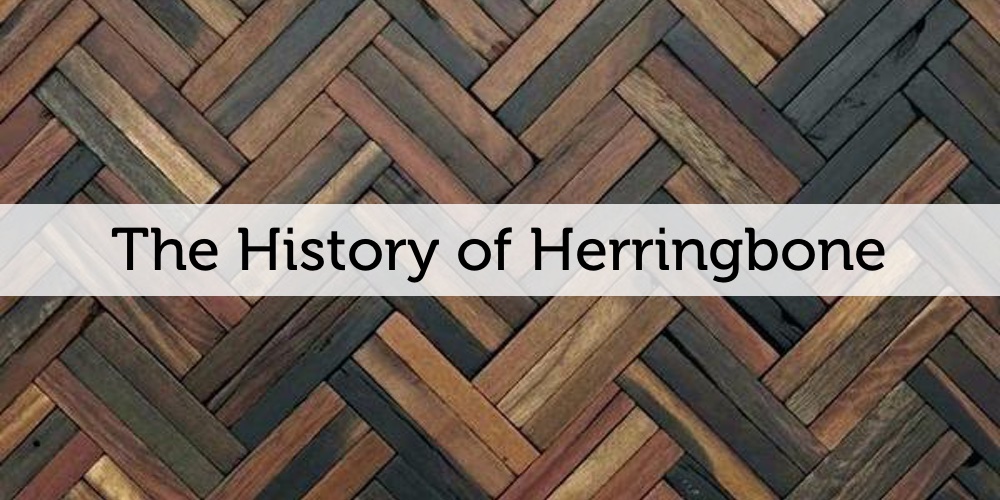 Chances are, you are familiar with the herringbone pattern. In fact, you might even own a few pieces in your own wardrobe. Here at Pad and Quill, we love unearthing the unique stories of things in our everyday lives. Over the centuries, it's embarked on a long journey. After serving as the building blocks of an ancient empire, herringbone then evolved into a gentleman's fabric.

The Origin of Herringbone 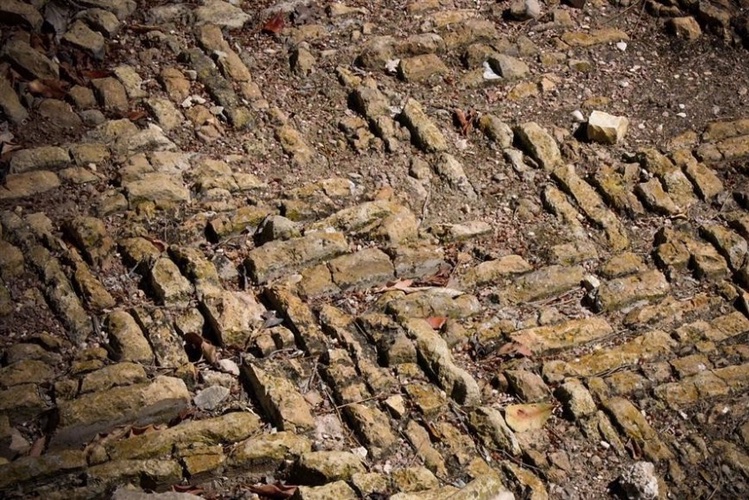 Nowadays, we typically reserve herringbone for fabric and interior design. But, it initially started out far removed from its current use in textiles. The pattern's first use was in the Ancient Roman Empire, mainly used in buildings its roadways. Ancient Romans were inspired by the shape and patterns of herring fish. They used the herringbone pattern to provide remarkable infrastructure to their empire.

It was called "spiked work", or opus spicatum in the original Latin. First, they built a base of gravel. Then, they interlaid the pattern with bricks over it. Both the gravel and pattern helped absorb the compression of the heavy traffic on the roads. Thus, it reduced the need for intensive repairs on thousands of miles of Roman roads. The pattern has proven to be so durable, that you can still walk these roads today!

However, the Romans weren't alone in their use of the pattern. Another ancient civilization to utilize the pattern was the ancient Egyptians. They mainly used it in the elite's jewelry. The pattern was incredibly difficult to work with and intricate. 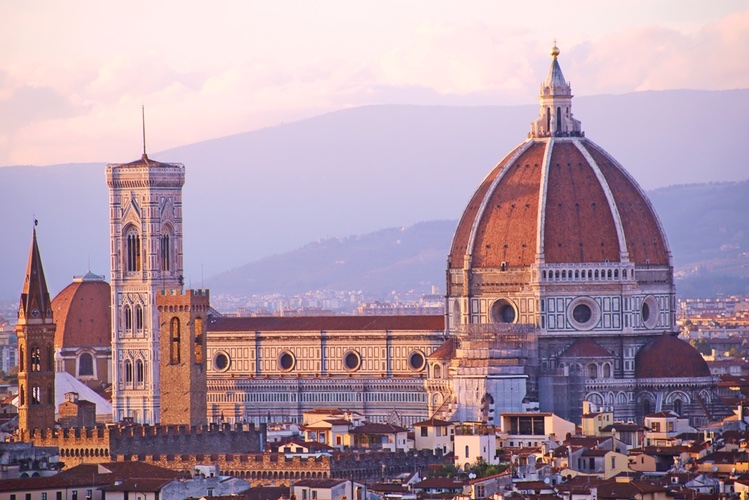 The pattern was pervasive to ancient life, it even shows up in religious texts and beliefs. It even emerged as a fabric in ancient Ireland. It was a common fabric found throughout the Old World. However, once the Roman Empire fell, the herringbone pattern all but disappeared.

It found a resurgence during the European Renaissance, especially in religious architecture. The Duomo's architect, Brunelleschi, used the herringbone method of layering bricks to add extra support to the structure. The Duomo in Florence helped reignite its popularity across Europe.

Again, herringbone worked its way into fabrics. In Ireland, rustic herringbone suits were common. At the same time, it also gained ubiquity in Italy. Skilled tailors frequently used it in suits and other fine apparel for the upper class. Despite its ancient beginnings, herringbone is still an important part of classic menswear today and remains one of the most popular cloths for tailoring.

Herringbone for the Modern Man 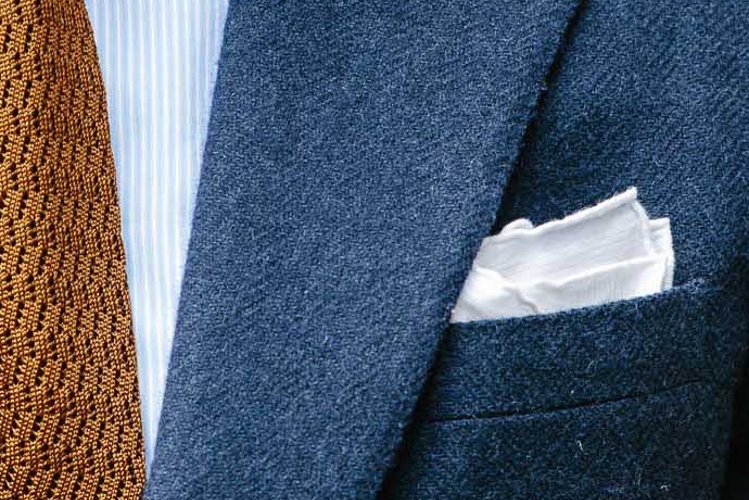 Given its spiraling history, it's fitting that the herringbone has remained and is now an essential fabric in men's tailoring! Upon first glance, it might look like a chevron. Yet, a keen eye will notice a zig-zag pattern instead of stripes of alternating color.

Wool is still quite common in herringbone fabrics, especially for winter suits. However, herringbone is made using a variety of blends and compositions and is a perfect year-round feature of your wardrobe.

Now, you can find pretty much anything in a herringbone design. It's a versatile option that doesn't overwhelm the rest of the outfit. From far away, small touches of herringbone can even look like a solid color. Shirts, knitwear, and even socks utilize the geometric pattern. The larger the herringbone garment, the bolder it gets. Add in a contrasting color for a truly striking look! Pro-tip: add in a touch of bold orange to navy sports coat for a fun way to mix it up.

The Future of Herringbone 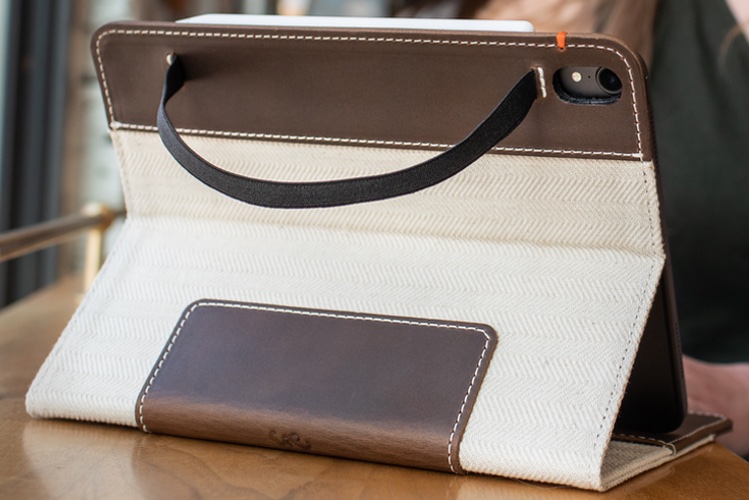 We're starting to see more vintage patterns and fabrics come back into fashion. Bowties and Windsor knots are making a come back, and herringbone is on its way up. From Roman roads to religious artifacts, to Irish kilts... What's next for herringbone?

We are! When designing the Cambridge iPad Pro Case, we were drawn to this luxurious look. Herringbone is getting a new life with us here at Pad and Quill.  It is incredibly durable due to the woven pattern, yet so soft to the touch. We will always choose quality over corner-cutting and herringbone embodies that sentiment.

We paired this stunning fabric with our signature full-grain leather and parachute-grade nylon stitching. The result is our all-new Cambridge iPad Pro case. As a result, the case is slim and still holds so much. It holds the Apple Folio and Apple Pencil 2 and even self-props! Also, we worked in an interior pocket for your convenience. It's a quality you'll have to feel to believe. 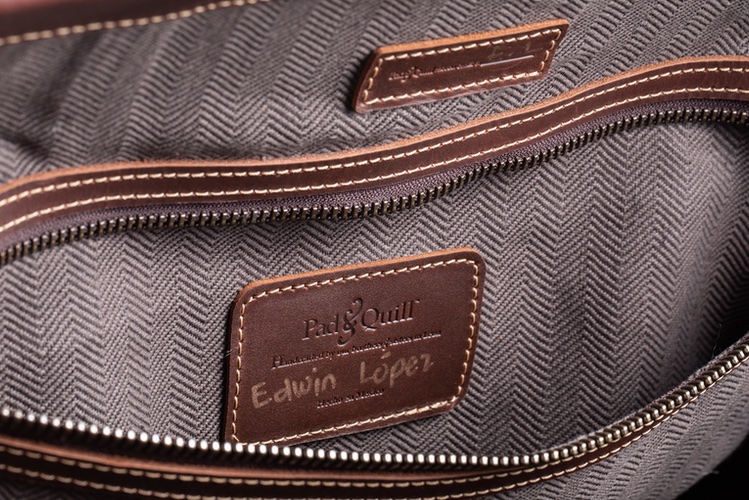 Also, herringbone lines all of our new Gladstone bags. It protects fragile tech and is so comfortable to handle. We offer a bold 25-year leather warranty because we are that confident in our craftsmanship. Don't be afraid to break it in. Scuffs and scrapes only add to leather's character, and the interior will keep everything safe and secure. The simple act of touching and handling the case enriches the leather. As you handle it over time, it will grow deeper and richer in shade. Welcome to the Pad & Quill family.

How will you incorporate Herringbone into your wardrobe?

How to Tie a Bowtie

How to Tie a Windsor Knot