Superheroes and Their Phones

In lieu of Superman v Batman: Dawn of Justice coming out, it felt like the right time to finally discuss something that DC Comics and Marvel seem to be ignoring. How do superheroes keep their phones in one piece?

When you can run at the speed of light, lift a building and dismantle just about any robot, how in the world do you keep your phone from not breaking into a million pieces? Maybe it’s just me but I feel like spandex, leather and lycra don’t leave much pocket space to boot.

But being the comic book owning, media fanatic with a collection of superhero onesies, I felt it only appropriate to delve into exactly how superheroes go about using, storing and keeping their phones safe.

While iPhone cases like these are fully functional for the everyday human needs, something tells me Tony Stark and Bruce Wayne has found a few ways to tech out their phone cases. Or simply integrate phone capabilities into their hardware.

Something tells me that a phone case created by the likes of Ironman and Batman can handle a few grenade launchers, let alone the odd drop to the ground. Yet to be tested on the average teenager, known for their ability to break everything including Nokias, these “super-cases” are what dreams are made of. 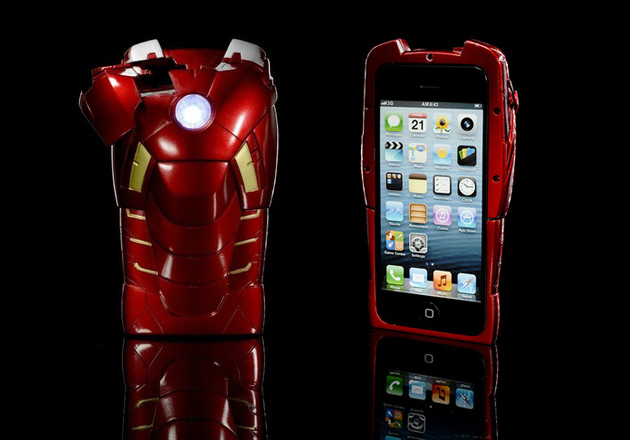 This case is unfortunately *not* powered by a real Arc reactor...[/caption]

Sure Apple gave us watches, Google gave us glasses and Samsung gave us plate-sized phones, but what we really need is a billionaire, philanthropist with a penchant for heroics to head on over to Silicon valley. It’s not like either of these techies need to add billions more to their personal banks, but what nerd among us wouldn’t buy one at the drop of a hat? 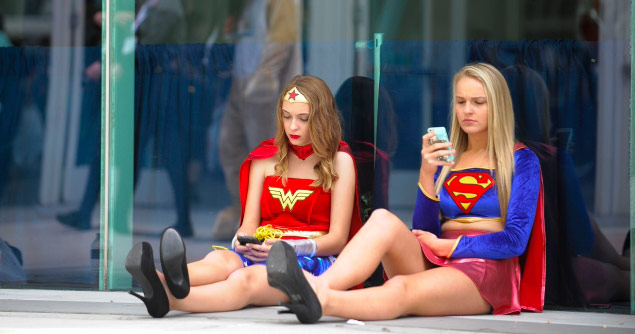 Superheroes and the average woman do have one very big thing in common, well actually it's quite a little one. Talking about pocket space. Women’s pants and superhero costumes are generally not equipped with large enough pockets for carrying the essential tech to save the day or stock trade, meaning there are plenty of alternate ways to find space for phones, wallets and the like.

The Incredibles may have made capes unfashionable and tights have always been a must in the superhero world. However, this doesn’t rule out a few secret pockets here and there for the essentials. 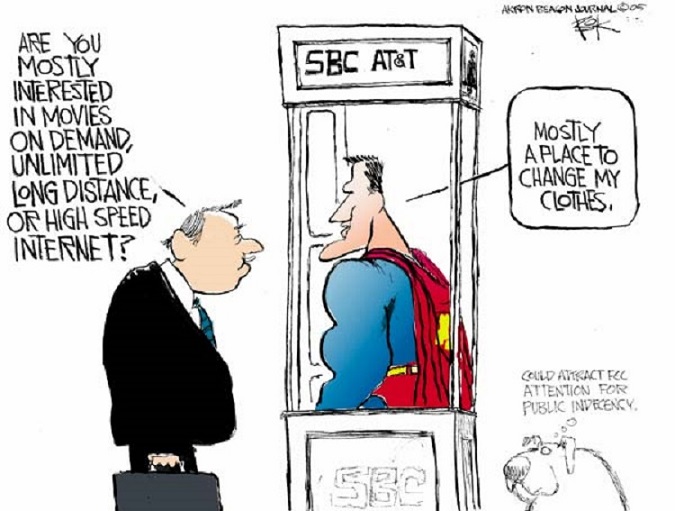 T Mobile is working on it...[/caption]

Sure the Flash might have trouble finding a place to pocket his phone, but does he really need to answer calls when breaking the sound barrier? Probably not. Batman of course has his utility belt, and everybody knows Superman doesn't need a cell phone since he's got all the phone booths in Metropolis. But, I’m sure there are plenty of superheroes who want/need their phone on the job.

Enter in the hidden pockets superheroes are bound to have to put into use, at least, a few times a year. Hidden away like the Fortress of Solitude, heroes have probably found a few nifty sewing techniques to always have their iPhone close by.

Now one just has to wonder how much Apple Care covers for phones destroyed by evil aliens, metahumans or robots set out for the destruction of the human race.

As any good comic book fan is well aware of, superheroes never really die. Sure they might get killed off in one comic book, but chances are you’ll see them again, whether in a reboot of the franchise or as a clone or evil alternate universe double. You also have new heroes picking up the old name of their fallen comrades every so often to help keep the comic book legends alive. If there’s one thing DC Comics and Marvel agree on, it's that there’s no such thing as a truly “dead” superhero.

And in that train of thought, there’s also no trope easier to get around than consistent access to phones for superheroes. A little clever writing and you have phones being handed to them left and right.

While super-tech phones and secret pockets sound like some fantastic additions to the superhero universe, I’ll happily take a just as super wallet iPhone case any day, at least until some freak lab accident can give me sweet powers (seriously, labs are the place to be if you want to raise your chances of getting strange mutations).