What Is a Smart Cover for iPad? 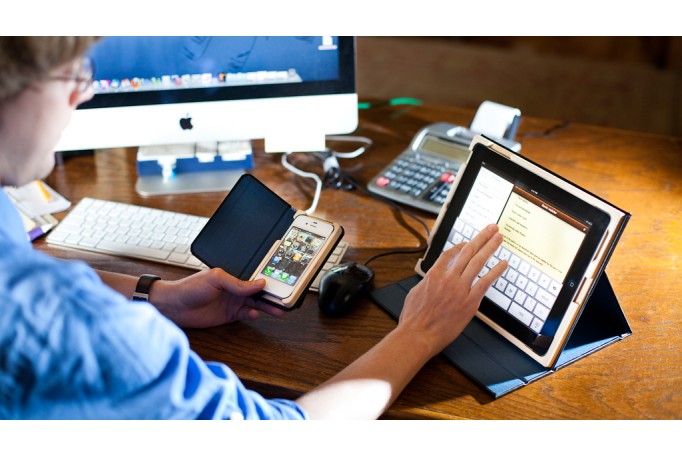 With the launch of the iPad 2, Apple unveiled a new accessory for the iPad: the Smart Cover. The special features built into this new cover were designed to complement the intuitive technology of Apple's devices.

Although Apple's cover is still the official "Smart Cover," other iPad case designers have adopted some of the same features that the original Smart Cover offers.

No more worries about draining the battery. No more time wasted booting up the iPad again when you're in a rush. The automatic wake/sleep feature takes care of all that for you.

A second smart feature is the ability to fold the iPad cover into a stand. There are two heights available—one for using the keyboard and one for viewing the iPad (which comes in handy for watching movies or viewing recipes while you're cooking).

What the Smart Cover Doesn't Do

The biggest complaint that most Apple Smart Cover owners have is that this iPad cover is sorely lacking when it comes to scratch protection and preventing damage from dropping your iPad.

When Apple's Smart Cover first debuted, it offered protection only for the screen—not for the aluminum back. Now a front-and-back Smart Case is available, but iPad owners who purchased the previous Smart Cover model were stuck with the dilemma of how to protect the back of their iPad from scratches.

Pad & Quill's version of the smart cover offers full protection for the front and back of your iPad. There are no worries about getting the magnetic closure to stay in place (Pad & Quill's iPad case uses an elastic strap that won't come loose even if you drop your iPad), and the case is thin enough to avoid feeling bulky but sturdy enough to offer drop protection (unlike Apple's Smart Cover).

Need a smart cover for your iPad that offers full protection? Pad & Quill's Contega, Octavo, and Graduate cases for iPad and iPad Pro feature the automatic wake/sleep function and fold back into a stand for typing or viewing. Get free shipping when you purchase any other case or accessory!