PQ Style: How to Tie a Bow Tie and its' Classy History 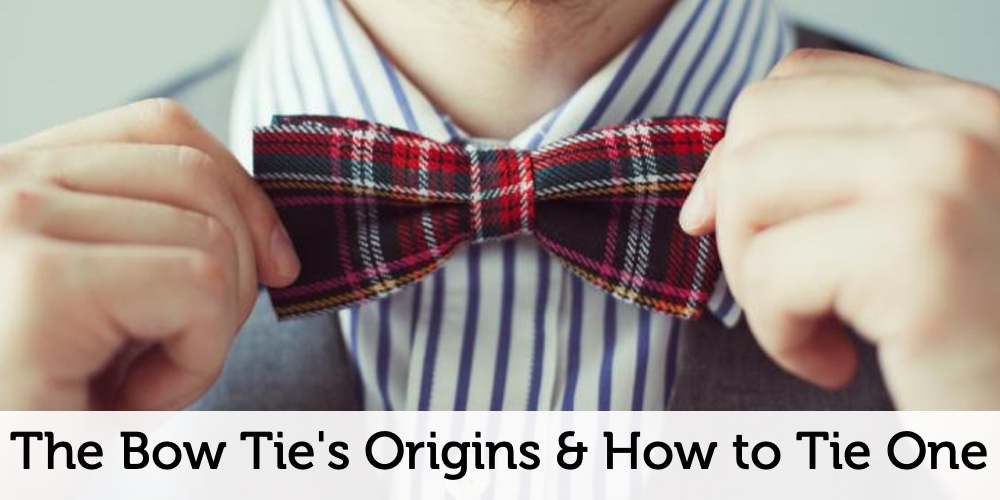 Here at Pad & Quill, we love to pair classic techniques with a modern sensibility. Nothing quite masters that combination as the bow tie. The bow tie has a long, storied history. Fashion mavens, political leaders, and comedians have all sported it. Today, bow ties are mainly worn on formal occasions. However, in the past decade bow ties for everyday wear, have seen a rise in popularity. It's a great way to elevate your look and stand out amongst the crowd.

The History of the Bow Tie

Its roots are firmly planted in the 17th century and has since evolved to suit our modern needs. The bow-tie's ancestor is the knotted cravat. Croatian soldiers in the early 1600s are among the first documented to don a necktie to keep the collars together. After the war, French soldiers brought the look home and it was widely adopted by the upper classes. They called it the "cravate" which is French for Croatian. The look became so ingratiated into the culture, neckties quickly became a main feature of menswear.  With innovation came sophistication, cravats were so elaborate it would take hours to get right.

The bow tie is a descendant of the knotted cravat. Two centuries after the cravat's introduction, Pierre Lorillard debuted his new style of formal wear. The tuxedo and black bow tie legacy began at elite Tuxedo Club in New York. It became an instant hit among New York's fashion scene. In fact, "black tie" attire replaced other standards of formalwear. Now, experts believe that the look was born from the need for neckwear that was easier to wear than the cravat and that would last throughout a more active day. 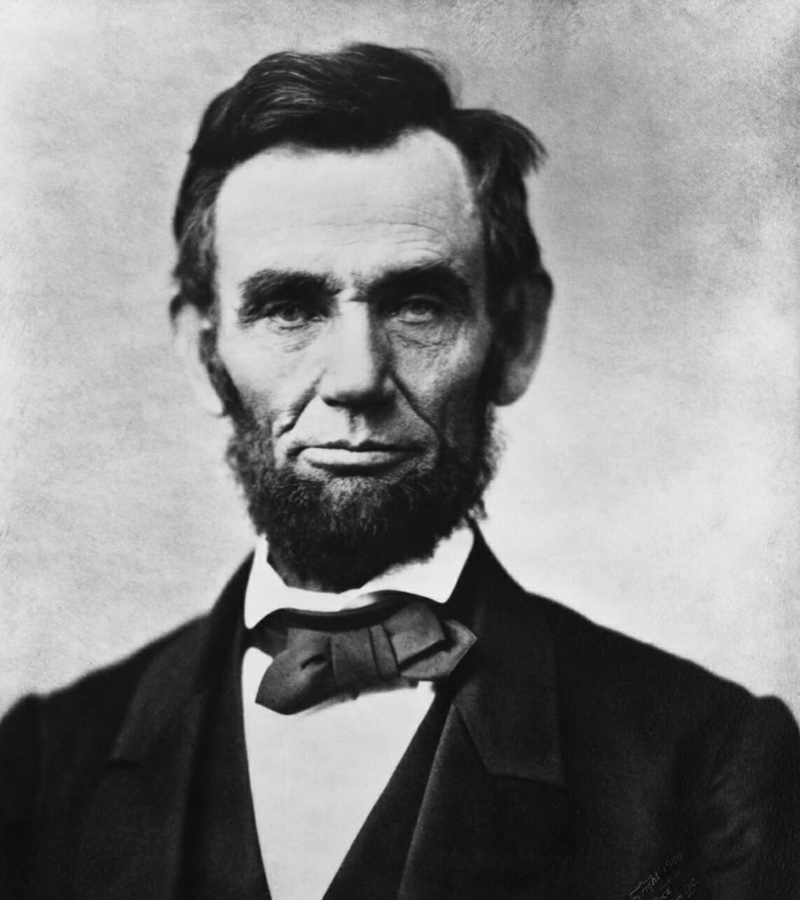 By the end of the 19th century, gentlemen wore the bowtie most days. During this time, the butterfly and batwing bow tie were commonplace. Black bow ties were paired with dinner jackets and white bow ties with evening tails for formal occasions.

Later, toward the start of the 20th century, bow ties shrank in both size and popularity. Instead, men were using the Windsor Knot. As the popularity of the bow tie wound down, they still maintained their place in classic, formal styles. In the 30s, bow ties were either quite small, or near comically large. Later on, bow ties in the 50s and 60s became incredibly slim. Then, in the early 70s, they bucked the trend and became huge.

As time went on, bow ties evened out in size and became more uniform. Approaching the later oughts, we see that bow ties picked up in popularity. This is partially due to celebrities upping the ante in their red carpet style and the advent of clip-on ties. Also, celebrities flashed their vintage-inspired bow ties on the red carpet, sparking the trend in modern times. 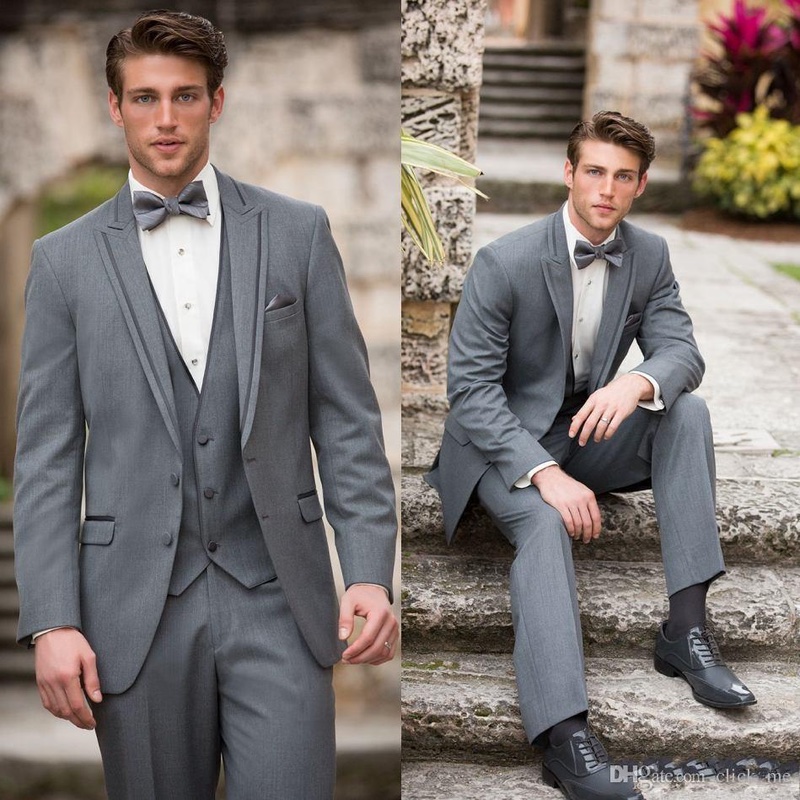 Although we haven't seen a complete revolution in neckwear like previous centuries, we've seen refinements. Now, the bow tie is appropriate for occasions beyond the scope of aristocratic formal wear. It's now accessible by celebrities, comedians, and laymen. The bow tie itself is a compliment to several outfits and perfect for any man looking to stand out. Here's how to master the look:

How to a Tie a Bow Tie 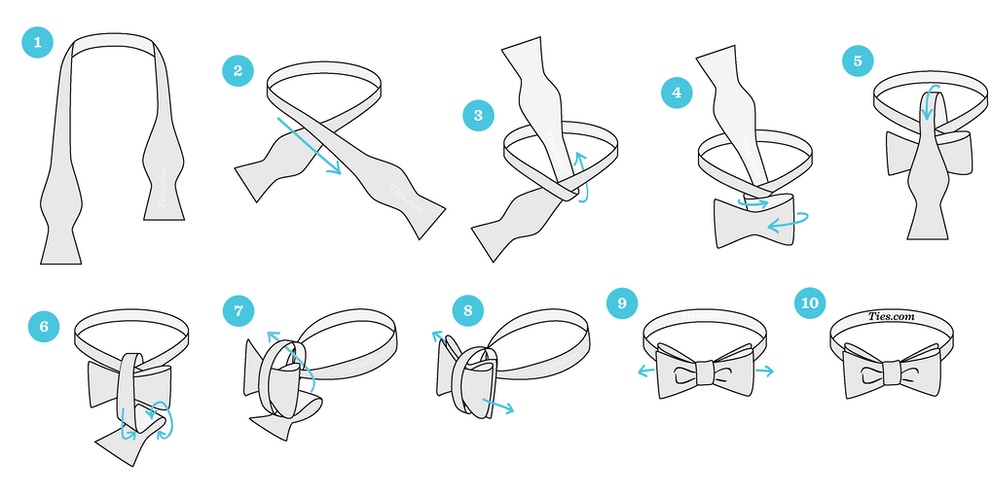 1. Begin with the bowtie lying face up (make sure you can see the fabric of the tie). Gently pull the bowtie so that the right side is shorter than the left. We'll call the left side "A" and the right side "B".

3. Next, bring A under B and up through the neck loop.

4. At the crosspoint, fold B towards the right and then towards the left to create the bow shape.

5. Then, A should go stra­ight down over the middle of the bow shape that was just made with B.

6. Fold A back towards your chest and pinch the fold.

7. Next, push the pinched end (A) through the loop behind B.

8. Pull on the folded parts of the bow to tighten.

9. Lastly, adjust until balanced on both sides.

How to Travel with Bow Ties

Whether you're new to bow ties, or a venerated bow tie veteran, you need to know how to travel with them. When traveling with your bow ties, roll them. Fold them in half, then tightly roll. Or, you can fold them in half, in half again, then pack them flat. No matter your favorite method, you'll want to pack them in a protected case. There's no use in taking the time to tie a bow tie, only to have it be crinkled and saggy.

The best way to transport your bow ties is in a tie case. They are the best way to pack multiple ties while ensuring they arrive wrinkle-free. In our TechFolio Pro Travel Case, you can fold or roll them into the zippered pocket. Then, add in all your tech gear, tuck and roll out. 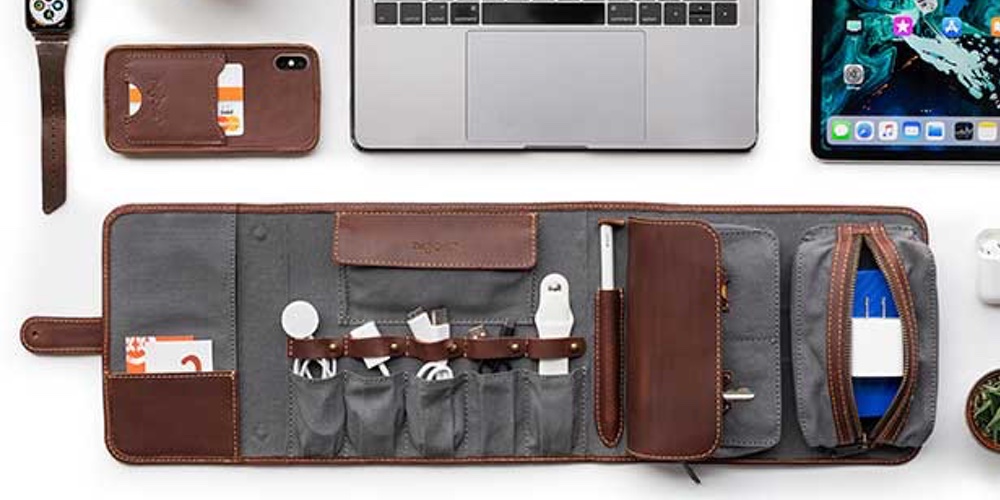 Honor the past while pioneering the future, that's what we're all about here at Pad & Quill. Whether its for formal or businesswear, the bow tie makes a statement. Make sure you're conveying the right message by tying and packing it well. We're so happy to share our bow tie tips and tricks. Do you have any bow tie hacks? Let us know in the comments below!

How to Tie a Windsor Knot

How to Pack a Capsule Wardrobe