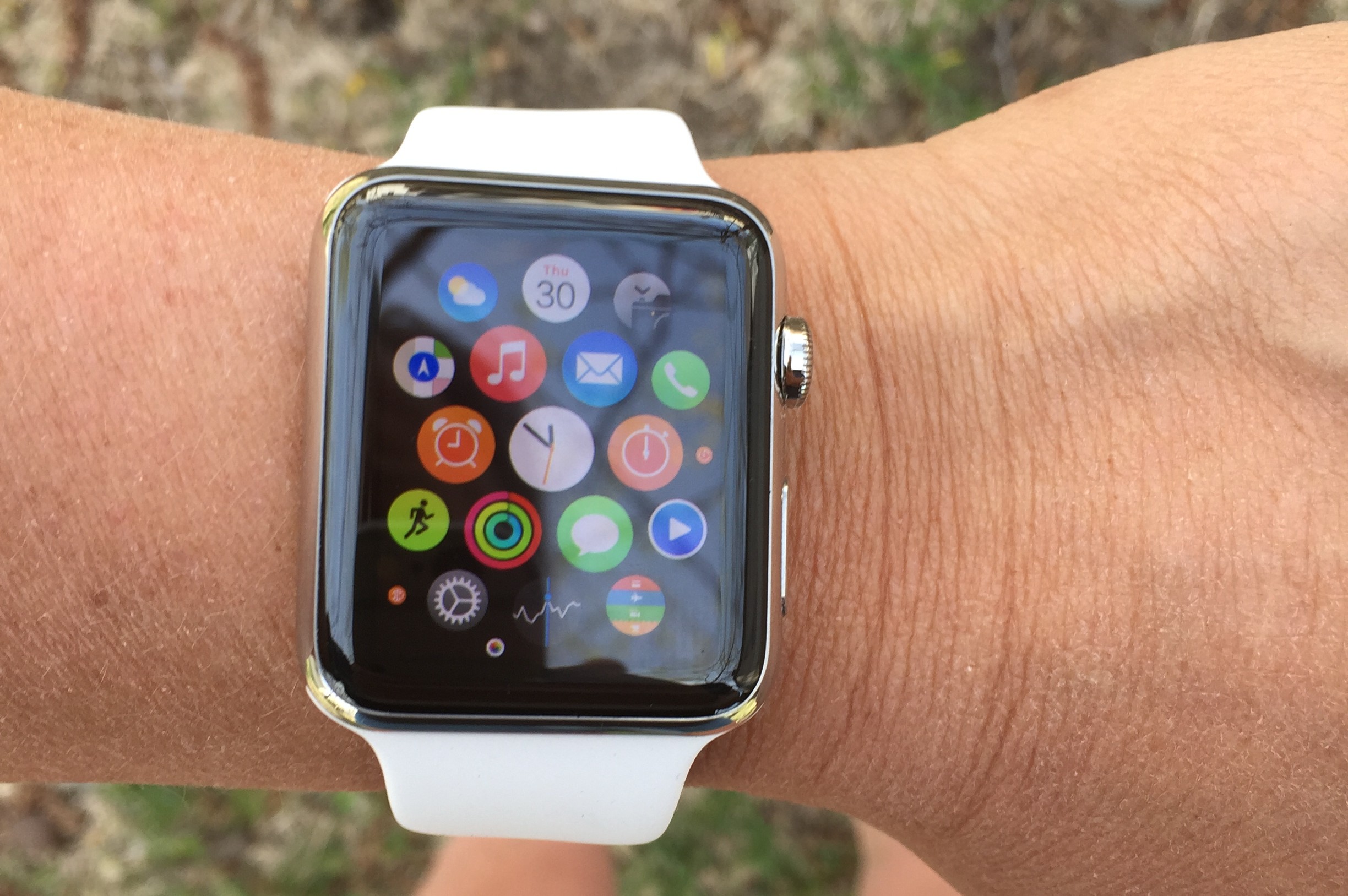 It’s Mrs. PQ’s birthday today or, in other words, the annual rite of acknowledging I have the activity level of a 30 year old, the body of a dinged up 40 year old and the mind of a 92 year old.  Which explains why I’ve begun referring to myself in third persona.

If it were up to me, we would be offering a 47% discount on every product purchased today, especially our Apple Watch Stand and Catchall for Apple Watch, but Mr. PQ has already lost enough hair trying to teach me to use my Watch that arrived upon my doorstop yesterday afternoon at 3:57pm. (Not that Mr. PQ was paying attention or anything).  You see, Apple must surely love me better and thus explains why my watch arrived before Mr. PQ’s.

Allow me to set the scene:  As Mr. PQ was across the city on errands with the youngest kid, every other kid, including the adopted neighbor kids, were notified to be on the lookout for the Big Brown Truck.  I think for humor’s sake alone, numerous people wanted to be in audience for this grand unveiling, knowing full well that my reactions would be rich fodder for tweets and texts titled, “OMG, Mom! R U Serious?”  I believe the Oldest Quill has a blog entitled, I can’t believe the s@*% my mom says”. However, as Mr. PQ and I needed some quality time, we bought a bottle of wine and decided to wait until the kids were in bed to commence with the experience.

Suffice to say, once I had rambled my way through the unpacking experience and began trying to figure the Apple Watch out, Mr. PQ was ready to switch to bourbon, straight up.  I insisted on attacking this like the plebe I am, seeing how much I could manage to figure out on my own.  Five minutes later, and Mr. PQ physically restraining himself, my Apple Watch blinked awake.  Pardon me for thinking the turn on switch should be the long narrow button by the knob.

Then, for your iPhone to sync to your watch, you need to “take a picture of the Watch face”.    Apparently, this requires lighting on magnitude of the sun, so I allowed Mr. PQ to complete this step while I sipped my wine.  Since he is pretty cute when he is geeking out, it appealed to me to give way and let him walk me through the remainder of the set up.  He was cautious in trying to coach me verbally, and when our Watch vocabulary synced, I was deftly able to rotate the crown to navigate the home screen.  The whole scene was reminiscent of the Dad in “A Christmas Story” delighting in Ralphie’s newly opened Red Ryder BB Gun with the compass in the stock, except Ralphie didn’t kiss his dad in thanks.

I have now sent my heartbeat to Mr. PQ and god only knows what strangers, I’ve fulfilled my Dick Tracy fantasies of my youth, talking to my watch to communicate and I’ve come to understand the most magical part of the Apple Watch is that you can set time forward by 7 minutes so you always feel on time for everything.  (yes, my clock setting fetish drives my family crazy).  The awesome thing here though, is that your alarms know the real time, so you actually can be on time for everything and have the added euphoria of being early.

This great company Pad and Quill, has compelled me to become an early adapter of Apple technology, while it isn’t always a euphoric experience, it certainly is an entertaining one.