New MacBook Air on the Way? 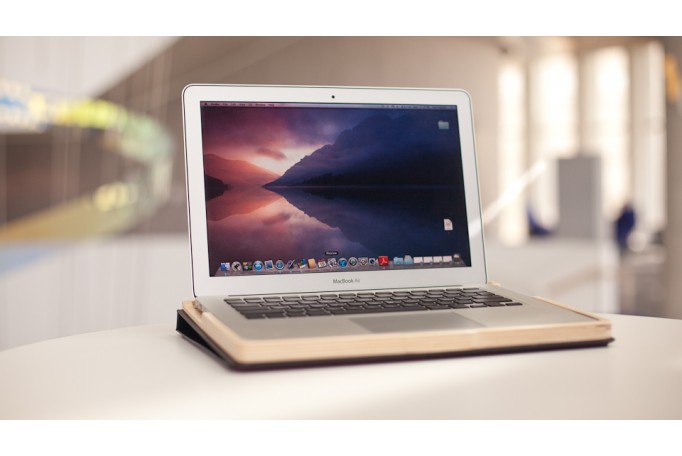 With Apple's Worldwide Developers Conference coming up next week, rumor has it that one of the product launches announced at the conference will be a new MacBook Air model.

Signs like dwindling stock often point to an imminent product refresh of an Apple product, and the MacBook Air is no exception to this trend. Retail stock for the 13.3-inch MacBook Air with 1.8GHz processor is scarce, although Best Buy is reported to have available inventory still in stock.

Although Apple never reveals too many details before the actual launch, insiders believe that the new MacBook Air will feature the next-generation Haswell processor from Intel.

Unveiled for the first time in late May, Intel's Haswell processor boasts a 50 percent power savings over previous generation processors. The improved efficiency allows for slimmer profiling and longer battery life—especially as improved graphics such as retina display make their debut.

With users making calls via Skype, Gmail, and other online phone services, the improved microphone technology on the new MacBook Air is also something to get pumped about.

The dual built-in microphone design is rumored to be the same as what's currently available on the MacBook Pro with Retina Display. Long distance and overseas phone calls will get clearer reception with better microphone technology.

Retina or No Retina?

What's not so certain is whether or not Apple will include a Retina display for the next generation MacBook Air. Maintaining the MacBook's sleek profile while incorporating a Retina display is a challenge because of the added power demands, hardware space, and extra cost. With the rapid advance of Retina technology, however, a high-resolution display is still a possibility.

You can bet there'll be a new case for MacBook Air 2013 when it arrives. In the meantime, however, trust your MacBook to the protection of PQ's MacBook Air cases. Free shipping when you purchase any other case or accessory.