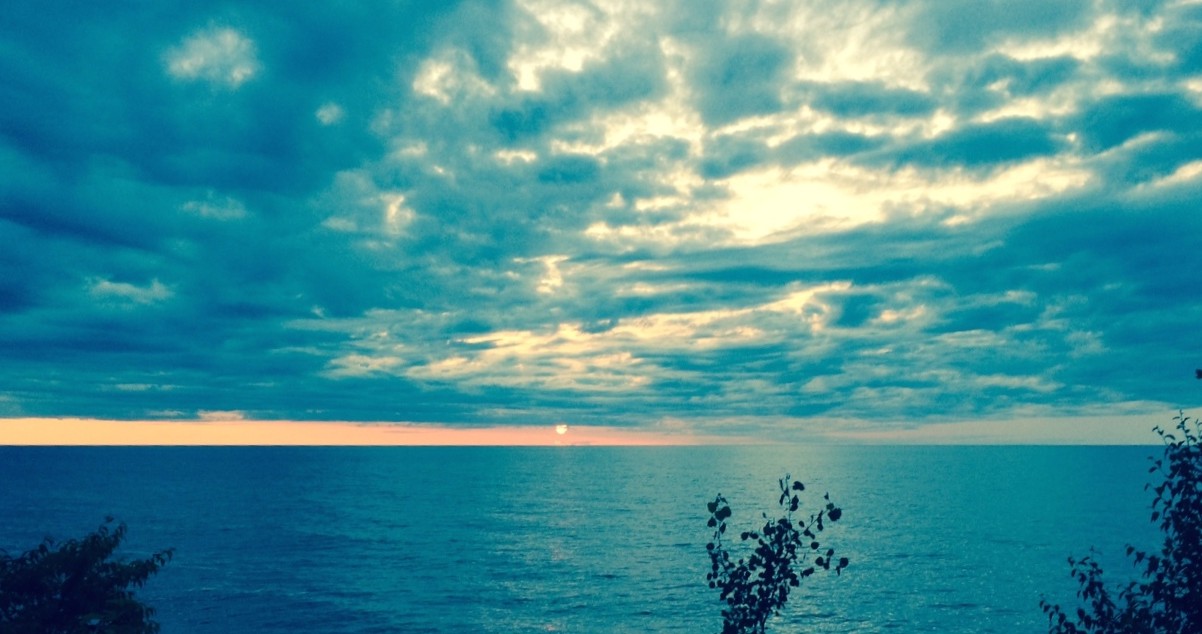 No, not me, Mrs. PQ, it’s Mr. PQ who’s expecting.  He mentioned he has been working on some new things, but him not being the science-y type, male fertilization never crossed my mind.  The man who runs to the emergency room for morphine with a little back pain ought to handle the whole transition labor quite well, I’m certain.  I caught him crying as he sang along with Disney’s Frozen soundtrack the other day, so the hormones must have kicked in by now.  He watched the movie with our oldest, while the second daughter and I were backpacking in the Porcupine Mountains (UP-Michigan) over the weekend.  We hiked the trails with a much- anticipated glimpse of black bears as the state park brochures promised.  In spite of being in the most remote portion of the park, we encountered nary a bear, print or slightest indication that bears were local inhabitants.  I travel prepared for bear encounters, daypack slung with safety whistle, mace/pepper spray, sidearm, and hiking poles that double as spears a la The Edge.  On my last trek north with the oldest, all armament proved unnecessary as the one encounter we had with a bear resulted in me emitting a “mom” scream that sent the poor creature scampering to the next county, as the kid stood in utter contempt and disbelief that I’d ruined her wilderness photo op.  Given her propensity for selfies, I’m not so sure my scaring the bear was a bad thing.  This is the kid who, on day 2 of a 3 day canoe trip, exclaimed, “Mom, I don’t get it, do you mean AM or PM?”  This inquisition was in reaction to me directing, for the prior 48 hours, with the 12-hour clock that aviators, military personnel and outdoorsmen in general use to indicate direction.  No wonder the canoe was seldom pointed along the right bearing.

I’ve been away a bit this summer, which brings us back to Mr. PQ’s pregnancy and my curiosity as to who supplied the egg, presuming there was an egg and not some bizarre asexual dinosaur from frog DNA experiment being carried out.  That could get alien ugly real fast.  Alas, cell coverage being spotty as it is in the wilderness, left his text to me broken into segments.   What he actually meant to say is that he is so excited about the designs and prototypes being crafted by our team he feels pregnant with anticipation for all the projects in the works.

Our whiteboard area is piled with prototypes of Little Cases for iPhone 6, and a new design for the for the iPad Air.  We haven’t left out you lovers of leather dry goods, with gorgeous full grain being transformed into bags and backpacks you’d be willing to watch a 26.2 hour Frozen marathon to own.

Nine months is a long time to await the arrival of a newborn, thank goodness the fall is almost here!