Well it's that time of year again.  As you can imagine Mrs PQ and I are quite busy getting ready for the arrival of iPhone 6 in September.  We do have a couple surprises coming prior to September though.  Keep an eye on Instagram and our newsletter as we announce some beautiful products coming in a few weeks.

Regarding the iPhone 6, we have been following all the various tech news sites to glean as much information as possible and incorporate that into our new designs.  The BIG news is that Apple is clearly going to launch a larger iPhone. Most sources agree that two sizes are likely, a 4.7 inch screen and a large 'phablet' like 5.5 inch. These new iPhone's will be impossibly thinner, faster and have even better camera improvements. Here's series of quotes from a few key sites we follow and some take aways about Apple's upcoming iPhone 6.  Rumors for sure, but quite interesting. 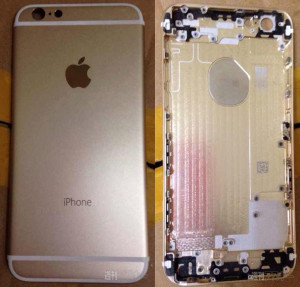 Rumored Shell pieces of iPhone 6 4.7 from production (via 9to5mac.com)[/caption]

Apple May release a larger 4.7 and 5.5 inch screen iPhone at same time or...maybe not?

"There have indeed been rumors that yield issues with the larger screen of the 5.5-inch model iPhone 6 may result in it being launched after the 4.7-inch model. But even there, we’re hearing conflicting reports."

Sapphire Glass. A super strong and scratch resistant screen on the new iPhones?

"...we reported last year that Apple had procured enough Sapphire Crystal furnaces to make 100-200Million ~5-inch iPhone displays. However, the latest rumors claimed that the sapphire material might only make an appearance on a new 5.5-inch iPhone model, and not a 4.7-inch model, due to low yield rates expected through the end of the year." 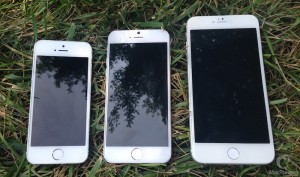 Apple is gearing up for the largest initial production run of iPhone's in history.  This is going to be a BIG launch in more ways then one.

With so many iPhones in so many hands, we are planning to make iPhone cases that protect, collect your valuables make sure that the new iPhone your holding is not the only thing people will ask you about.  These handmade iPhone cases will celebrate the craftsman and truly give your new iPhone 6 a fully Crafted experience.