How Do You Use Your iPad? 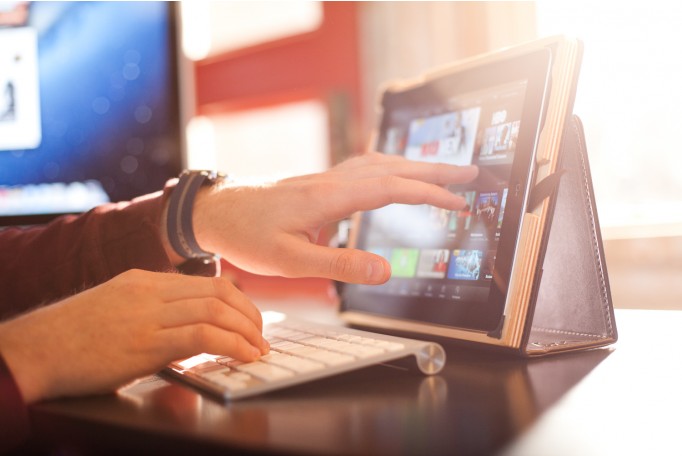 Since the debut of the first iPad three years ago, how consumers use technology has shifted largely in favor of tablet devices versus the more traditional PC or laptop. Consumers love the speed of the device and how easy it is to take with you and use on the go.

How Consumers Use the iPad

Business Insider has launched a reader survey every year since the iPad came out. Their third survey, conducted in July of 2012, showed that while iPad use is increasing, how iPad owners use their tablet hasn't changed much in the last three years.

The most popular activity on the iPad is web browsing (37.3%), followed by email and social media accounts (21.4%). Using other apps, watching video, and playing games were the next most popular ways to use the iPad. 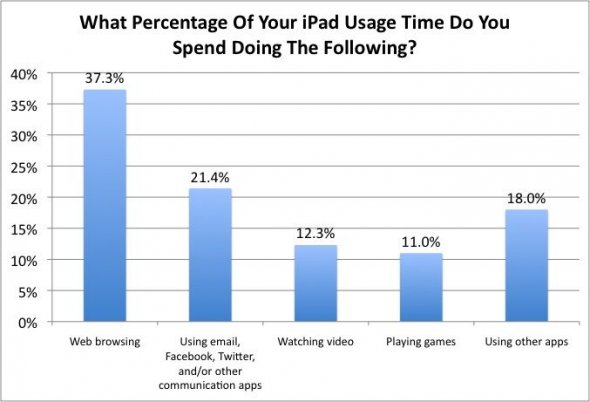 iPads and Tablets Popular for Reading

Although Business Insider's survey didn't include reading as an option in their survey, a similar survey by CNET found that 23% of respondents use their iPad or tablet to read books, blogs, and magazines. iPads often double as a reading device, replacing the Kindle and Nook for users who want to simplify. Although the iPad's screen display is less suited for long periods of reading than the Kindle or Nook screen, it's still a popular device for ebooks and other reading material.

An iPad case can make it easier to use your iPad, since it props up into a stand and lets you hold your iPad like a book when you're reading.

Let's Hear It from You

How do you use your iPad? Leave us a note in the comments. We'd love to hear from you!

Keep your iPad safe and snug in Pad & Quill's case for iPad. Our self-propping tablet case keeps your iPad safe from damage, drops, and theft with a beautiful handmade design. Get free shipping when you purchase any other case or accessory.