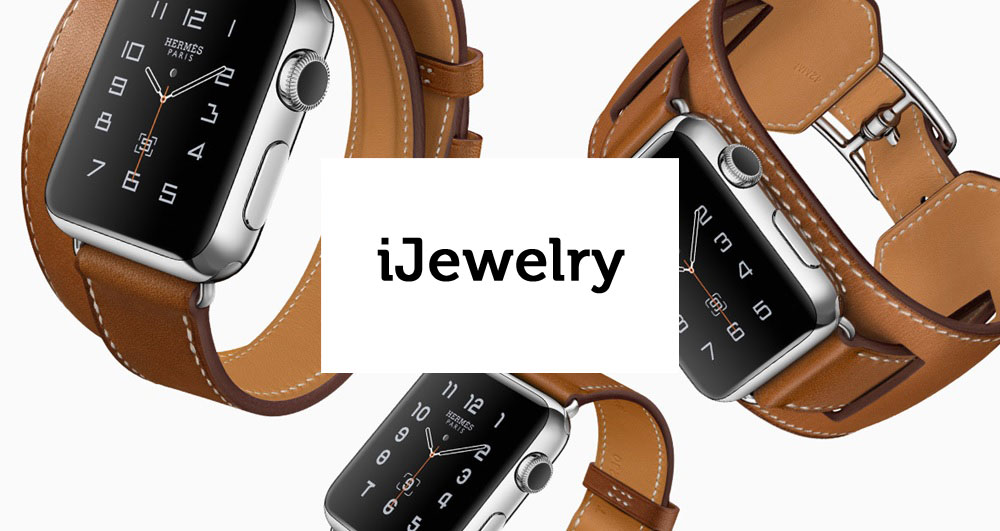 This week, Apple partnered with luxury brand Hermes, for three tremendously gorgeous, albeit absurdly expensive leather Apple Watches. Apple will be showcasing them in their stores. This is a move that they are very equipped for since their stores already exhibit a strong jewelry store vibe, with glass accents, and bright lighting that makes everything shimmer and seem worth the cost. This move confirms what many have already speculated about what the Apple Watch really is. The Apple Watch is fine jewelry. And really, that is what watches have always been about.

Stop calling it a smart watch

Some undiscerning press seem to be under the spell of purely technological comparisons of the Apple Watch; software specs, speed, battery life.  While those hold an undeniably important place in product evaluation, it is a bit of a red herring with the Apple Watch’s true nature. This is set forth pretty clearly in how Jony Ive himself talks about the Apple Watch. In an interview, when asked if he thought the Millennial market, a market that has never used watches, would jump on the product, he simply responded with a nonchalant shrug saying, “I don’t know,” and then went on to clarify that Apple’s only intent was to make a more personal product, since it is on your wrist. He made it clear that Apple is not out to compete with other watch makers, be they smart watches or not. He knows the iPhone is leaps and bounds ahead of everyone else, and that technology is what the Apple Watch is really showcasing.

This plays into a very interesting psychological aspect of how we all tick, as social psychologist Sam Gosling explains. He has extensively studied why people keep the objects they do around them or even on them, as with the Apple Watch. It falls into two categories: 1. conscious identity claims and 2. feeling regulators. Feeling regulators are the items around your house or office desk that make you feel good when you look at them throughout the day, maybe pictures of loved ones, souvenirs from a trip with awesome memories attached. They are soothing. Conscious identity claims are pieces that shout who we are to others, i.e. the sports team stuff, the artwork on walls, even tattoos. They are an integral part of expressing parts of ourselves, our identity. So when Jony Ive says that the wrist is a great place to put things, he knows that you are making his product an identity claim. It’s advertising, both for Apple, and for you as a high end consumer of a great product and the message it sends to be wearing it.

Watches have often meandered in their long and strenuous history of development. Typically speaking they have always moved from starting out large and loud, to small and understated. The Swiss miniaturized watches into a pocket and after awhile, every respectable gentleman had the “conscious identity claim” of a pocket watch. Fast-forward a century or two, and watches fell out of general essential use in favor of the cell phone first, and then the smartphone.  But it didn’t disappear. The market for watches limped on, and even picked up some steam with celebrity endorsements (hello Airport Duty-Free shops). This is because the watch industry has always used incredible craftsmanship to forge their products and provide value. Maybe Casio cheapened things a bit, but not much. By and large that market is thriving. Watches continue to be a part of how identity is conveyed. Because it is jewelry.

While the smartwatch industry finds its footing, Apple is going to sit back and capitalize on the great technology they already have, and more so on the status symbol that the Apple Watch is. With the interchangeable band system, now with some really cool leather bands for the Apple Watch, Apple is telling you to find something that fits your persona, that showcases who you are, but most importantly keeps them center stage.