An American History of the Backpack 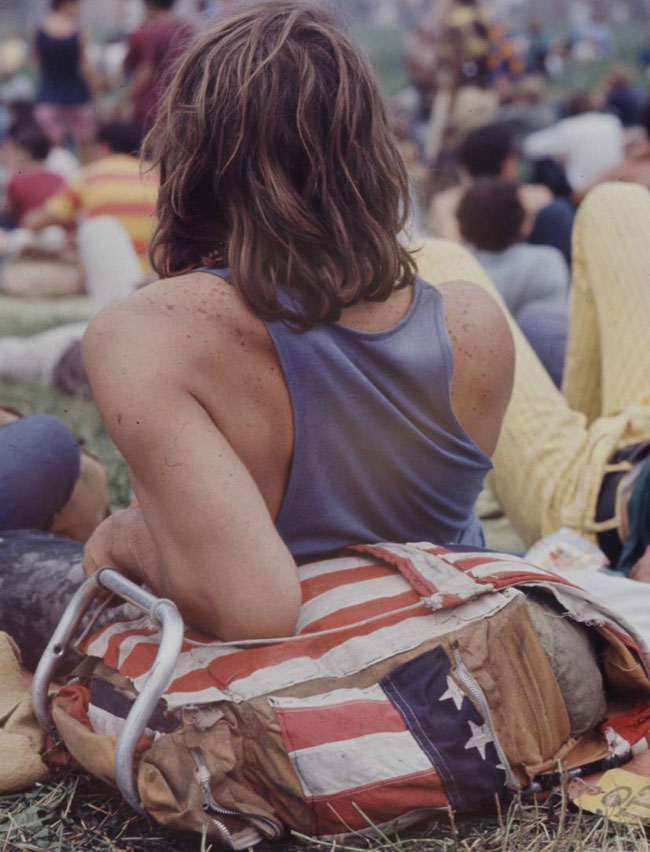 Backpacks are all-American. Sure we didn’t invent the concept, but we did coin the term around the turn of the century. Before “backpack” was common lingo, the German derived “rucksack,” “money bag,” or “packsack” was widely used. While the history of the backpack is an extensive one, the American chapter of its evolution is rich and varied.

Lloyd Nelson, hailed as the father of the outdoor sporting industry, was hiking around Alaska around 1920. He had borrowed an Inuit pack made of sticks and seal skins for the journey and ended up being precisely as comfortable as it sounds. So he started working on an external frame pack design to disperse the weight more broadly across the back. Being a predecessor of today’s politically correct world, he named it the "Trapper Nelson's Indian Pack Board,” and mass produced it after filing a patent in 1922.

However, since these were the days before the internet, he had no way of knowing that he wasn’t really the first man to have this idea. Likely, it was Colonel Henry C. Merriam in 1874. He took three years to perfect the design. It was one of the first “ergonomically” designed packs, according to the book “Uniforms, Arms, and Equipment: Weapons and accouterments,” by Douglas C. McChristian. After close to a decade of terrible marketing, he finally got it commissioned to be mass produced for army infantries. By 1927, they were in the Bannerman Catalogue selling in a bulk order of 6,000 for a whole $0.70 each. Honorable mention must go out to Camille Poirier who also patented the first Duluth Pack backpack around this time as well.

Various indigenous tribes had made framed backpacks such as the Ojibwa of Eastern Canada and the above mentioned Alaskan Inuit tribes, and the Seneca tribes. However, as with most innovation, the military refined the idea and implemented it on a mass scale. The external framed backpack continued to be used mostly by military and woodsmen for many decades. It started out being called a knapsack, eventually moving into being called a backpack. Around 1910, the word backpack started popping up in old books. They were mostly technical books about Machinery in Forestry, and even in a law book in 1916, thus showing that the backpack’s domain was firmly within the working class.

Zip It. Zip it Good.

1938 saw the addition of the zipper. Gerry Cunningham (the same guy who redesigned and improved the carabiner) was among the first to add zippers and nylon into a rucksack. This was not an external frame backpack, but a rucksack. This one addition changed everything. Zippers opened up a world of storage options and zippered compartments were an easy way to disperse weight around the pack.

Examples of backpacks worn during WWII[/caption]

World War II and after, saw the traditional materials of leather or canvas for packs being edged out for Nylon. Nylon was taking over as a go-to material for everything from tents to parachutes to clothing. Post-WWII saw synthetic materials like nylon taking a quarter of all sales from cotton industries. Nylon was gradually integrated into backpacks and made them more durable, lighter, and easier to navigate new designs.

All the Cool Kids

About this time is where we see a shift in the paradigm for the backpack’s domain. It began to edge out of working-class only use. School children in and around the 1930s used to use a leather strap to hold their books together. This evolved into little carry bags, and then to backpacks. In the 1930's, Diamond Brand began to manufacture tents and backpacks for the Boy Scouts of America. For many decades, Boy Scouts used this style of rugged pack. The backpack remained in the rugged domain of the outdoors, but the average age of its user was dropping. They became more and more popular with school children. Be it leather, canvas, or nylon, in the 30's and 40's backpacks were exploding in general popularity.

1952 saw legendary Dick & Nena Kelty’s revolutionary design made all by hand. The first Kelty packs had shoulder straps with wool carpeting as padding, aircraft grade aluminum contoured frames, nylon pack cloth and back bands. They also offered clevis pin attachments made from aircraft rivets. These guys took backpacks seriously. Kelty and Gerry Cunnigham took turns improving the backpack over the next decade, most notably, Kelty receiving fame for their backpacks being used in the first American Everest Ascent.

The 1970s was the era of free spirits and this attitude heavily affected the design of backpacks. Light, easy to travel with and as inexpensive as possible was the direction design took. Gerry Cunningham made the first all nylon backpack. It was ultralight. It was a day pack. Suddenly there was an explosion of daypacks. Everyone from Kelty to Jansport launched daypacks. University and College shops hopped on the bandwagon and started selling daypacks. Backpacks diversified. It wasn’t just for woodsmen, soldiers, and hitchhikers anymore.

Jansport offered a product perfect for the book-burdened student, a backpack that had jam-proof nylon coil zippers on leather or vinyl reinforced sacks. It lacked the large external frame of hiking packs, but it was more fashionable and accessible to the everyman. For the first time in history, one could see both a privileged college student and a dirty hippie sporting one shared fashion: the backpack.

Backpacks: Fashion Accessory Must Have

Brand names devoured the fashion industry in the 80s and backpacks were no exception. Every major brand name made a daypack and heavily marketed it. It was more popular than ever to have one. Every student in schools across America relied on them for their everyday existence, and as a way to work towards the popularity that sporting a brand name pack could bring. Think of an 80s or 90s movie and the protagonist is probably using a backpack at some point.

The Backpack of Today

These days, backpacks of all shapes and sizes line the walls of outdoor stores and department stores alike and are still as popular as ever. Many are built upon the innovations of the past. Notably however, the everyman backpack is experiencing a split-personality rebirth in popularity along two separate and very distinct camps: vintage inspired "buy it for life" heirloom-quality packs, and innovative high-tech packs.

In the high-tech camp, we have features like slim profiles, padded laptop/tablet pockets, plenty of organization, TSA compatibility, and every one comes with a “revolutionary” innovation or two. Many of these modern backpacks draw inspiration from bike messengers and incorporate heavy duty materials like ballistic nylon, military-grade waterproof fabrics, and hardware that has more traditionally been used for skydiving than bag making. They also integrate features like charging ports, built-in batteries, solar panels, smart sensors, even a subwoofer or two… These slick modern backpacks come in all shapes and sizes from laptop backpacks to photography bags to travel packs.

In the B.I.F.L. (buy it for life) camp, one can find rugged backpacks built by hand from materials like leather and canvas. They incorporate vintage styles with modern techniques, like the Pad & Quill rolltop leather backpack or the classically styled leather and canvas laptop backpack. These backpacks are a throwback to the nostalgic days when things were built to last and pride was taken in craftsmanship. They come with ridiculously long warranties (we're looking at you Saddleback) and are typically on the higher end of the price scale. The draw of these backpacks is the desire for something solid and lasting, something constant in a disposable culture that changes faster than the tides. It is all very meta.

There is one common factor that stands out as we look over the history of the backpack in America: the embodiment of the American dream. Almost all of these examples started with some guy who had an idea and worked hard to turn it into something big. We are seeing this same spirit running strong today with the advent of crowdfunding. You don’t have to be rich, connected, or own a factory in China, to compete in the carry market now. You just have to have a good idea, a willingness to make it happen, and a Kickstarter account. The winds of change lie in these hotbeds of design and innovation by the everyman, for the everyman, much like the backpack itself. But that's a post for another time.

If you liked this article, don’t miss our post on the Evolution of the Briefcase: from Roman Legionnaires to Congressman.