The 12 Days of Pad and Quill’s Christmas: Part II 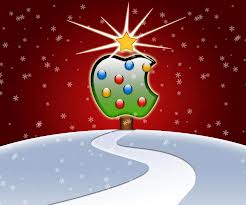 In the last post, we took a look at the first 6 items on Pad and Quill's 12 Days of Christmas, Apple-style. Now, we'll look at the second half of that list. 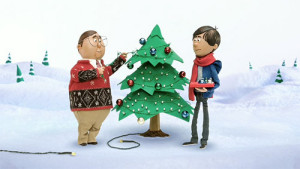 When Napster rolled around, many decried music downloading as the death of the industry. But when Beyoncé secretly released a full-length album complete with music videos, shattering iTunes store records with 828,773 albums sold in three days, it was evidence that both Apple and iTunes music still have a trick or two up their sleeves.

The practice of jailbreaking your iPhone is, despite rumors, still legal. And now that the Evasi0n team has come out with a jailbreak for iPhones running up to iOS 7.4, iPhone users are free to take their phones with them out of the country and not pay crazy roaming fees.

While Candy Crush Saga was the top downloaded free app and Minecraft the top downloaded paid app for both American iPad and iPhone users, divergences emerged, showing users of each may indeed be different breeds. iPhone users tended to download apps that reflected a more self-sharing and venturing nature, with Vine, Google Maps, Snapchat, Instagram, Facebook, Pandora Radio and "Despicable Me: Minion Rush" rounding out the top 10. iPad users, on the other hand, showed a more communicative nature and stocked their top 10 with Calculator for iPad, Skype for iPad, Netflix, "Despicable Me: Minion Rush," iBooks, Facebook, and The Weather Channel. 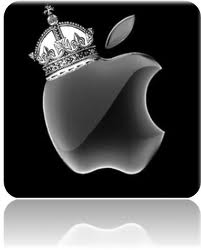 October 2013 was an awesome month for Apple, with the iPhone 5S and iPhone 5 taking the top 2 spots of handsets sold globally, and the iPhone 5C bookending them in fourth place. And although Apple was in the top spot around the world, it enjoyed its biggest gains in China. During September, market shares of Apple leapt to 12% from 3%, making it the country's third-largest phone vendor.

Partnering up with Danish company GN ReSound, Apple got into the hearing aid business and the two companies created a device that uses Bluetooth-like technology. While most hearing aids use intermediary transmitters, Apple and GN ReSound's can communicate with a smartphone using 2.4GHz wireless technology, saving on battery life.

If there's one thing MacBooks are known for, it's their upper-end price tags. But with the release of late 2013 Retina Pros, the cost dropped $200 for both the 13" and 15" models. It may not be knockoff price-friendly (yet), but it's a step in the right direction, with Apple showing its users it wants to keep them on board with more than just neat technology.

With Christmas only a couple of days away, here's wishing you and your loved ones an amazing holiday season. Show your family and friends just how much they mean to you with a Pad and Quill case for their Apple device, and enjoy a 30-day money back guarantee.